Cell Command, Inc.'s Cell Warden® is the Only 100% Solution for the FCC to Eliminate Contraband Cell Phones 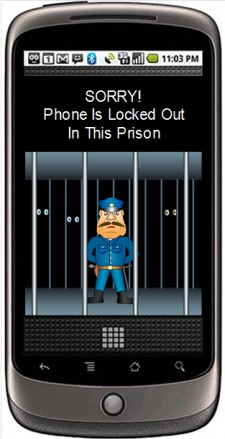 Washington, DC, March 23, 2017 (Newswire.com) - ​Today, the FCC is holding an Open Hearing where the Commission will consider a Report and Order and Further Notice of Proposed Rulemaking that would adopt rules to facilitate the deployment of technologies used to combat contraband wireless devices in correctional facilities, while seeking comment on additional proposals and solutions (GN Docket No. 13-111).

For years, the Commission has looked for a comprehensive technological solution to solve the problem of contraband cell phones that get smuggled into correctional facilities. The Justice Department has identified the matter as one of its top 7 concerns. (Ret.) Air Force Captain Robert Johnson knows the problem well. He just underwent his 25th surgery after being gunned down (shot 6 times at point blank range) at his home in 2010 after a SC inmate orchestrated the hit on a contraband cell phone.

"It completely shuts down the phone at the device level when inside a Restricted Safety Zone of a correctional facility. The phone automatically turns itself off and becomes nothing more than a paperweight."

Today, FCC Chairman Ajit Pai made it a priority. Cell Command Inc.’s CEO John Fischer says their technology answers the call and is the only 100% solution.

“Rear Admiral Jamie Barnett, a former Chief of the FCC’s Public Safety and Homeland Security Bureau when the FCC first started looking for non-jamming solutions to contraband cellphones, stated, “What we really need is a technological solution that renders the cellphone completely useless in the prison setting.”

Cell Command’s Chairman Rob Smyjunas, who has been working closely with Fischer for the past year, asserts that is exactly what the Cell Warden® system does. “It completely shuts down the phone at the device level when inside a Restricted Safety Zone of a correctional facility. The phone automatically turns itself off and becomes nothing more than a paperweight.”

Fischer says the technology is hands-down best in class. “Other technologies may stop the talk or text features, but WiFi, camera, video, and other software applications are left intact. Unless you completely shut down the device, you are not completely shutting down the problem.  Cell Warden® is the only technology that truly bricks the phone.”

With inmates spending up to $5,000 to get a smart phone in their hands, you can bet there will be no shortage of drones, carrier pigeons, and corrupt guards to guarantee a pathway in. As technology advances outside a prison so does criminal enterprise inside. Cryptocurrencies such as bitcoin give inmates an untraceable means to launder money. Encryption software programs such as Cellcrypt make the devices unintelligible even when they are discovered.

Unlike its competitors, the Cell Warden® system is super-fast.  Where competing technologies can take weeks and months to take a single contraband cell phone off the network, Cell Warden® can take them all down in 2 seconds or less. Thirty-one year veteran and corrections expert Dr. John Shaffer peer reviewed the technology and said, “This emergent technology solution to the contraband cell phone problem is unique, promising, and worthy of further test and evaluation.”

About the Company: Cell Command, Inc. (formerly Try Safety First, Inc.) is a Wyoming based C Corp. with its primary offices located in Marietta, GA. The company’s signature product is Cell Warden®. http://cellcommand.tech  (770)652-4517