Scientology Churches and groups in countries around the world celebrate the 70th anniversary of the Universal Declaration of Human Rights, adopted by the United Nations on Dec. 10, 1948.

LOS ANGELES, December 9, 2018 (Newswire.com) - Dec. 10 marks the 70th anniversary of the Universal Declaration of Human Rights (UDHR). Just three years after the end of World War II, the international community came together to forge a document that would lay out the rights possessed by all mankind and lay the groundwork for peace.

In celebration of this milestone, Scientology Churches on six continents open their doors to the community over the coming week. They will host conferences, symposia, open house events, human rights education workshops, and will feature the Church-supported United for Human Rights (UHR) campaign in their public information centers. United for Human Rights chapters and its program for young people, Youth for Human Right International (YHRI) are carrying out hundreds of human rights petition-signing events and marches from New York to Nigeria and from Guatemala to the Gambia to raise awareness of these fundamental rights.

This past year, these groups have distributed more than 1 million What Are Human Rights? and The Story of Human Rights booklets and have reached more than 48 million with their human rights public service announcements.

Over the past 15 years, Youth for Human Rights International has circled the globe with its annual Youth for Human Rights World Educational Tour, traveling 590,000 miles, meeting with officials and educators and establishing hundreds of YHRI clubs and chapters in 90 countries. The Church also co-sponsors the annual International Human Rights Summit, held at the United Nations, and attended by youth delegates and ambassadors who represent their countries at the conference and by UN ambassadors and human rights activists from across the globe.

The Scientology Network, launched in March 2018, features human rights programming, including an episode of Voices for Humanity about Dr. Mary Shuttleworth, Founder of Youth for Human Rights International, and the tremendous impact YHRI has created since it began in 2001.

In his message in honor of Human Rights Day 2018, UN Secretary-General Antonio Guterres pointed out that “human rights are under siege around the world. Universal values are being eroded. The rule of law is being undermined,” making it all the more necessary to “stand up for human rights for everyone, everywhere.”

In 1969, Scientology Founder L. Ron Hubbard wrote, “The United Nations came up with the answer. An absence of human rights stained the hands of governments and threatened their rules. Very few governments have implemented any part of the Universal Declaration of Human Rights. These governments have not grasped that their very survival depends utterly upon adopting such reforms and thus giving their people a cause, a civilization worth supporting, worth their patriotism.”

“We believe that the key to making human rights a fact is making it understood, and doing so broadly. And we know how effective this can be,” says Ruslan Khusainov, Executive Director of United for Human Rights. “After Colombia adopted the United for Human Rights program for the training of the military, the Chief of the Department of Joint Operational Law announced that human rights violations by soldiers dropped 98 percent.”

The Church of Scientology and Scientologists support United for Human Rights. The Church makes these human rights educational materials available free of charge to educators, mentors, community programs and individuals seeking to make this world a better place. United for Human Rights has grown into a truly grassroots movement—the world’s largest nongovernmental human rights education campaign, reaching out in 195 countries in 27 languages and embraced by thousands of activists, officials, groups and organizations. 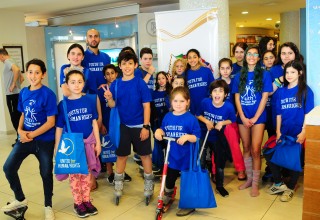 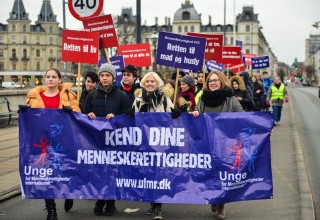 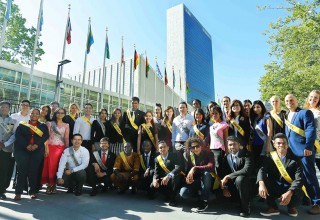 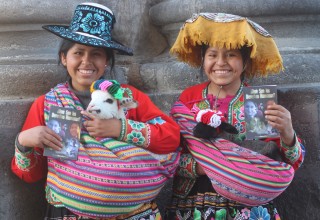