Celebrating the Anniversary of the Birth of L. Ron Hubbard in the Birthplace of the Scientology Religion

Church of Scientology Phoenix and Arizona Scientologists—proud of the special role their city played in the history of the religion. 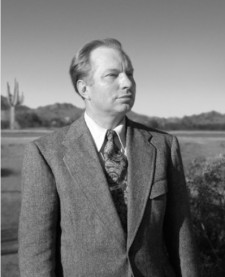 PHOENIX, March 12, 2019 (Newswire.com) - Tomorrow, March 13, 2019, millions of people on six continents will celebrate the anniversary of the birth of L. Ron Hubbard, Founder of the Scientology religion.

Phoenix played a pivotal role in the history of Scientology. It is the birthplace of the religion. It was here in 1952, on the edge of the desert at the base of Camelback Mountain, that Mr. Hubbard isolated the full capabilities of the human soul and began his first instruction in Scientology.

Phoenix was the center of the Scientology world in the earliest days of the new religion. Here was the nucleus of what would become the first worldwide organization, the Hubbard Association of Scientologists International.

While in Phoenix, Mr. Hubbard held Scientology Congresses and lecture series, and Scientologists traveled from around the world to hear him speak. Phoenix Little Theatre, The Westward Ho Hotel and Monroe School were among the locations where these took place.

In October 1954, Mr. Hubbard delivered a series of weekly lectures in the Monroe School auditorium that have been published as a lecture series on CD, The Golden Dawn: Phoenix Evening Lectures. He wrote and sent out a letter to every household in the city and included a copy of his essay Invitation to Freedom in which he wrote: “We are extending to you the precious gift of freedom and immortality—factually, honestly. You are a spirit. You are your own soul. You are not mortal. You can be free. The arms of God are open to you.”

Phoenix will always be remembered as the home of  L. Ron Hubbard and the birthplace of the Scientology religion. In his essay “My Philosophy,” Mr. Hubbard writes of the importance he placed on making this knowledge available to everyone:

The subject of philosophy is very ancient. The word means “the love, study or pursuit of wisdom, or of knowledge of things and their causes, whether theoretical or practical.

All we know of science or of religion comes from philosophy. It lies behind and above all other knowledge we have or use.

For long regarded as a subject reserved for halls of learning and the intellectual, the subject to a remarkable degree has been denied the man in the street.

Surrounded by protective coatings of impenetrable scholarliness, philosophy has been reserved to the privileged few.

The first principle of my own philosophy is that wisdom is meant for anyone who wishes to reach for it. It is the servant of the commoner and king alike and should never be regarded with awe.

Selfish scholars seldom forgive anyone who seeks to break down the walls of mystery and let the people in. Will Durant, the modern American philosopher, was relegated to the scrapheap by his fellow scholars when he wrote a popular book on the subject, The Story of Philosophy. Thus brickbats come the way of any who seek to bring wisdom to the people over the objections of the “inner circle.”...

But as I have never seen wisdom do any good kept to oneself, and as I like to see others happy, and as I find the vast majority of the people can and do understand, I will keep on writing and working and teaching so long as I exist.

If things were a little better known and understood, we would all lead happier lives.

The old must give way to the new, falsehood must become exposed by truth, and truth, though fought, always in the end prevails.

To learn about L. Ron Hubbard and his legacy, visit the Scientology Network: www.scientology.tv.