Celebrating Eight Years of Service to the Community

The Brussels-based Churches of Scientology for Europe marked its eighth anniversary with an evening of art, music and friendship. 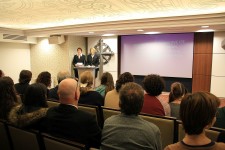 BRUSSELS, February 1, 2018 (Newswire.com) - Guests at the open house of the Churches of Scientology of Europe January 25 were welcomed to the celebration in Flemish and French and invited to enjoy the art exhibition and cocktail dînatoire, or buffet, of assorted French and Belgian delicacies or chose from a selection of Pakistani foods or fresh-pressed fruit and vegetable juices. The entire program featured the diversity of the many cultures of Brussels, the de facto capital of the European Union.

In honor of the occasion, the Church also opened an art exhibit in its expansive ground floor exhibition hall, featuring paintings and sculptures by artists from Belgium, Hungary, South Africa, Tunisia, and Pakistan.

We have an opportunity to create a far more humane and equitable future by raising awareness of important issues, reaching out with our many programs, and sharing the life-changing spiritual technology developed by Mr. Hubbard.

Public Affairs Director of the Churches of Scientology for Europe

The music was also an eclectic mix, from classical and jazz piano to Arabic music and an impromptu concert on West African kora and drums.

Many of the civic leaders attending came to know the Church through its community outreach and humanitarian programs and invited their colleagues to join them for the celebration and to learn about these Scientology-supported initiatives —United for Human Rights, Foundation for a Drug-Free World, The Way to Happiness Foundation, Citizens Commission on Human Rights and the Scientology Volunteer Ministers. There was ample time to tour through the many displays covering the work of these groups, the beliefs, and practices of the Scientology religion and the life and legacy of Scientology Founder L. Ron Hubbard.

“What goes on in Brussels has influence far beyond her borders,” said Agnes Braun, Public Affairs Director of the Church. "Diplomats, artists and entrepreneurs from every nation on Earth meet here to exchange information and ideas. We have an opportunity to create a far more humane and equitable future by raising awareness of important issues, reaching out with our many programs, and sharing the life-changing spiritual technology developed by Mr. Hubbard."

The Brussels-based Churches of Scientology for Europe is an Ideal Scientology Organization, established to not only provide the ideal facilities for Scientologists on their ascent to higher states of spiritual freedom but to serve as a home for the entire community and a meeting ground of cooperative effort to uplift people of all denominations. 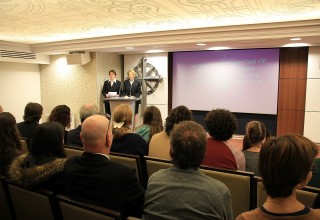 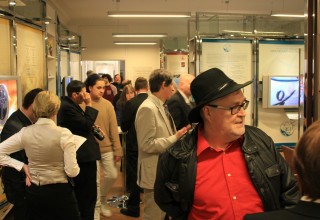 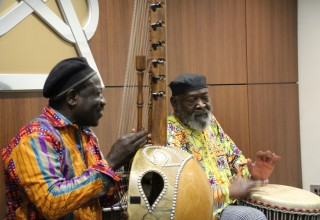 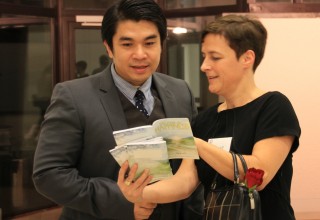