Curated selections of craft whiskeys from Shots Box are the perfect way for people to celebrate World Whiskey Day with tastings at home. 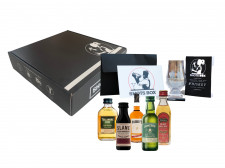 LOS ANGELES, May 9, 2022 (Newswire.com) - In Ireland's Gaelic language, the word "whiskey" means "water of life." There's no better time to celebrate this legendary drink than World Whiskey Day, on May 21, and no better way to experience it than with a sampling of artisanal whiskeys from Ireland and around the world from Shots Box.

Shots Box provides curated selections of small-batch and craft whiskeys that allow anyone to celebrate with a real tasting experience in the comfort of the home.

Whiskey offerings from Shots Box include:

Facts About Whiskey (or Is It Whisky?) for World Whiskey Day

It's not a spelling mistake! Whiskey is usually spelled with an "e" in Ireland and the United States, and spelled without the "e" in Scotland and Canada. While there are many nuances to whiskey, the variations are mostly based on the type of grain used in the distilling process and the methods used in the place it was produced. For example, bourbon is a form of whiskey.

Regardless, whiskey has been around in some form since monks in Scotland first created it around the year 1100. The first written reference to the drink dates to 1405, in the family journal of a Scottish clan. Scottish immigrants brought whisky (their spelling!) to the American colonies in the 1600s. And whiskey famously played a part in early American history as the product at the heart of the Whiskey Rebellion in 1791.

World Whiskey Day was founded in 2012 by Blair Bowman while studying at the University of Aberdeen. Officially recognized by the Scottish Parliament in 2014, it is now celebrated globally by hundreds of thousands of whiskey drinkers each year on the third Saturday in May.

How to Celebrate World Whiskey Day

There is a lot to learn about whiskey, from the glass you use to new flavors of cocktails, and World Whiskey Day is the perfect time to educate yourself. You can compare different types of whiskeys, uncover new tastes, and revisit some of your favorites. When you treat yourself and gather with friends to taste small-batch artisanal whiskey, you can share a moment and create memories.

"At the end of the day, World Whiskey Day is all about getting together with friends and family and appreciating each other's company and one of life's great pleasures," said J.C. Stock, CEO of Shots Box. "With Shots Box, you can sample artisanal and craft blends of whiskey that can be difficult to find, and enjoy them in a true at-home tasting experience."

Shots Box is a bi-monthly subscription service that offers arrays of shot-sized craft distilled liquors from local, craft, artisanal, and small-batch spirits from small businesses and top distillers. Curated by tastemakers and delivered nationally, Shots Box is best known for top-rated whiskey subscription services The Whiskey Club and The Whiskey Tasters Club offered in half-year and annual subscriptions. Featured in Forbes, Thrive Global, Condé Nast Traveler, Rolling Stone, and The Chive, it provides a new way to try spirits, discover favorites, learn how to properly taste liquors, and gain access to full bottles of spirits that are not accessible elsewhere. 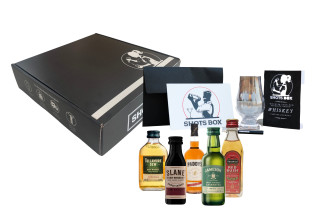 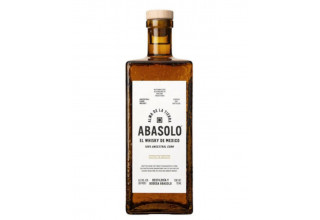 Shots Box is a fresh way for people to try new spirits and discover new favorites from the comfort of home.