CCHR: Protecting Human Rights in the Field of Mental Health

Citizens Commission on Human Rights Italy brings Psychiatry: An Industry of Death Exhibit to Milan to expose psychiatric abuse and put an end to involuntary commitment in the country.

MILAN, Italy, January 8, 2019 (Newswire.com) - Human rights advocates gathered at Palazzo Affari ai Giureconsulti in the center of Milan to raise awareness of psychiatric abuse and put an end to involuntary commitment to psychiatric institutions. They opened Psychiatry: An Industry of Death Exhibit, a state-of-the-art self-guided tour that includes documentaries and displays about psychiatry’s history.

“In Italy, nearly 20,000 are committed against their will each year,” said Dr. Roberto Cestari, president of Citizens Commission on Human Rights of Italy which is pressing for legislation to reform this practice and guarantee the human rights of mental patients. He stated that involuntary commitment violates Article 9 of the Universal Declaration of Human Rights: “No one shall be subjected to arbitrary arrest, detention or exile.”

Dr. Michele Marzulli, president of the Italian branch of International League for Human Rights (ILHR), a group with consultative status with the United Nations Economic and Social Council, stated that although the exhibition shows a harsh and unpleasant reality, “we need to confront this if we want to be free.”

Founded in 1969, CCHR celebrates its 50th anniversary this year, and Cestari pledged to make it a decisive year in restoring the rights of those who suffer abuse at the hands of psychiatry.

CCHR volunteers were on hand to answer questions and follow up on reports of abuse. A visitor reported harsh conditions, extensive drugging and violence at the residential facility for the autistic where he works, which CCHR will investigate.

CCHR believes people have the right to make informed decisions based on unbiased information and—medical review by persons and organizations having no conflict of interest—about:

CCHR also believes individuals must have the right to informed consent and to refuse any treatment they consider harmful.

CCHR was cofounded in 1969 by the Church of Scientology and professor of psychiatry Dr. Thomas Szasz. It is a mental health watchdog, working with medical professionals including doctors, scientists, nurses and those few psychiatrists who have taken a stance against the biological/drug model promoted by the psychiatric/pharmaceutical industry. It is a nonpolitical, nonreligious, nonprofit organization dedicated to eradicating mental health abuse and enacting patient and consumer protections. CCHR’s Board of Advisers, called Commissioners, include doctors, scientists, psychologists, lawyers, legislators, educators, business professionals, artists and civil and human rights representatives.

For more information, visit the CCHR website or the Scientology Network. 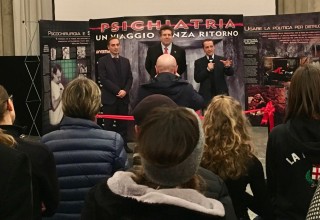 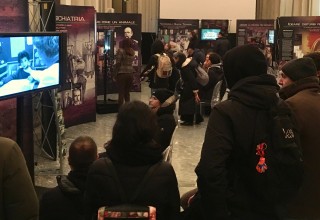 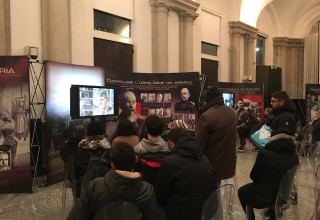