SAN JOSE, Calif., August 12, 2019 (Newswire.com) - Only one week after the fatal shooting at the nearby Gilroy Garlic Festival, many attending the annual Santa Clara County Fair were still reeling from the impact of the tragedy. With thousands expected to attend the fair, Citizens Commission on Human Rights set up their traveling exhibit, Psychiatry: An Industry of Death, and the exhibit pulled no punches in revealing how such violence could occur.

Hundreds of fairgoers toured, watched videos and read the panels that exposed what CCHR describes as an intimate connection between such incidents and psychiatric drugs.

“We see a common thread in the mass shootings of the last few decades,” said Joey Percival, coordinator of the CCHR activities in the area. “There is increasing controversy over the role played by psychiatric drugs. After the massacre in Gilroy, police found a bottle of a psychotropic drug known to induce aggression and hostility right next to his bed.”

“This is an industry that is driven by profits, not help,” said Percival. “CCHR investigates and exposes inhumane activities and abuses in the system. What you see in this exhibit is just a sampling of the results from our investigations over the years.”

For more information, watch Psychiatry: An Industry of Death on the Scientology Network. 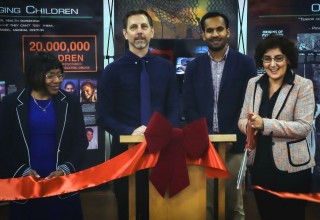 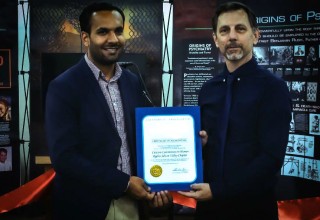