On its 50th anniversary, Citizens Commission on Human Rights rewards outstanding achievements, reviews its record of accomplishments, and recommits to the complete elimination of psychiatric abuse. 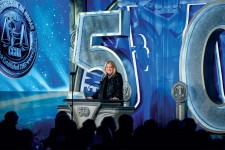 LOS ANGELES, April 18, 2019 (Newswire.com) - Human rights advocates, legislators, doctors, attorneys and community and civic leaders from across the globe gathered at the Langham Hotel in Pasadena April 13 for the CCHR 50th Anniversary gala. Dozens of proclamations, commendations and letters of congratulations acknowledging this milestone from government and community groups attest to the organization’s many accomplishments in the field of human rights.

Part of the annual three-day conference of the Los Angeles-based international human rights watchdog, the gala spotlighted significant achievements of the past five decades.

Each year, CCHR presents Human Rights Awards to individuals who display exemplary courage in the fight for restoration of basic human rights in the field of mental health.

This year’s recipients of the CCHR Human Rights Award:

CCHR was cofounded by the Church of Scientology and professor of psychiatry Dr. Thomas Szasz in 1969, when a group of Scientologists learned of the plight of Hungarian refugee Victor Gyory who was denied legal counsel and held in isolation and drugged and electroshocked against his will. CCHR filed a writ of habeas corpus and won Gyory’s release from the hospital—the first in a long line of precedent-setting victories.

In the early 1970s, in apartheid South Africa, CCHR discovered psychiatrists incarcerated 10,000 blacks and used them as slave labor. CCHR documented the crimes, including electroshocking patients without anesthetic and allowing them to die from easily treatable illnesses. The group reported them to the World Health Organization, which censured the psychiatrists as racist. After the fall of apartheid, CCHR obtained a national government inquiry into psychiatric racism in institutions. They also presented testimony to South Africa’s Truth and Reconciliation Commission about psychiatry’s role in apartheid abuse.

In 1976, CCHR helped secure passage of a California law prohibiting the use of electroshock (ECT) and psychosurgery on children and adolescents. Now used as a model the world over, the law has inspired other countries to enact restrictions and, in Australia, criminal penalties if ECT is administered to minors.

For a decade, CCHR investigated and exposed Deep Sleep Treatment (DST) at Chelmsford Private Psychiatric Hospital in Sydney, Australia. Patients were rendered unconscious with drugs and electroshocked daily—48 died. The result was the 1983 Mental Health Act making it a criminal offense for psychiatrists to use DST and, in 1990, a Royal Commission into mental health treatment.

After CCHR exposed inhumane conditions in Italian asylums, 97 were shut down and the patients rescued and taught to care for themselves for the first time in their lives.

In Germany, CCHR investigated the role of German psychiatrists in the Holocaust, culminating in the 1995 publication of Psychiatrists: The Men Behind Hitler. In 2010, Dr. Frank Schneider, president of the German Association for Psychiatry, Psychotherapy and Psychosomatics (DGPPN), wrote an apology and confessed that German psychiatrists “lied to and deceived patients in their care and their families. They forced them to be sterilized, arranged their deaths and even performed killings themselves. They also murdered physically and mentally disabled children in more than 30 psychiatric and pediatric hospitals.”

In 1991, CCHR helped push through FDA hearings into antidepressants and their involvement in suicidal and homicidal reactions in users. It took 13 years of persistent work, alongside parents, medical experts and attorneys to force the FDA to issue a stringent black box warning that antidepressants can cause suicidal thoughts and actions in those 18 years of age and younger—a warning later extended to age 24.

In 2007, CCHR helped secure language in the FDA reform bill making it mandatory for all printed pharmaceutical ads to advise patients to report drug adverse reactions directly to the FDA. Following the first ads, adverse drug reports increased by 33 percent.

CCHR presented submissions to the UN Committee on the Rights of the Child (UNCRC), warning about the massive prescribing of psychotropic drugs to children in 14 countries. UNCRC responded with hearings on the increasing rate of children labeled with Attention Deficit Hyperactivity Disorder (ADHD) and drugged with psychostimulants. It recommended establishment of a system for “monitoring of the excessive use of psychostimulants to children.”

In 2010 and 2012, CCHR New Zealand presented reports to the United Nations Committee Against Torture, detailing violations of human rights at Lake Alice Hospital in New Zealand where ECT and other coercive psychiatric techniques were used to punish children. The UN responded by directing the New Zealand government to implement systems to prevent psychiatric abuses in the future.

CCHR’s decades of exposing psychiatric treatment as torture was vindicated by a 2013 UN Rapporteur on Torture report that condemned coercive shock treatment and called upon states to “impose an absolute ban on all forced and nonconsensual medical interventions against persons with disabilities, including the nonconsensual administration of psychosurgery, electroshock and mind-altering drugs.”

Nearly 200 laws and countless regulations protecting human rights in the field of mental health today stand in testament to the passion and perseverance of the members, partners and supporters of Citizens Commission on Human Rights. 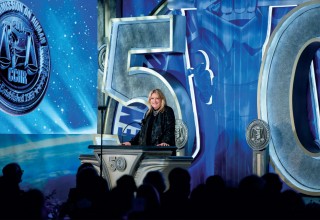 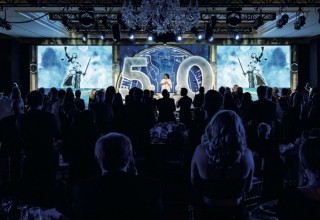 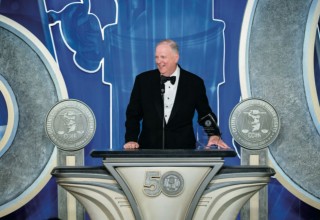 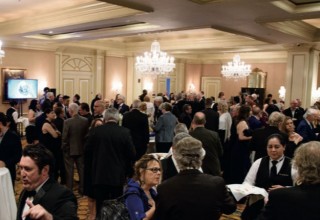