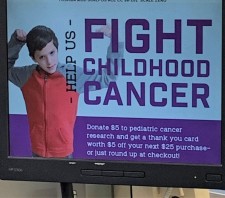 “Each year, Giant Food takes pride in raising funds for pediatric cancer research and treatment,” said Ira Kress, President of Giant Food. “Our associates are motivated to make a difference in our community, and our amazing customers are incredibly generous in their support. I am humbled by their collective efforts, which set a record, raising over $2 million in just five weeks. This year, Giant Food will contribute $615,000 to CCF, which will translate to much-needed pediatric cancer research to treat and cure childhood cancer. We are honored to be able to help kids like Andrew, our 2020 CCF Giant Food Ambassador.”

By purchasing a thank you card or rounding up at checkout, Giant Food shoppers contributed toward the $2M goal in record time. One hundred percent of the proceeds raised from the Giant Food Pediatric Cancer Campaign support Johns Hopkins Kimmel Cancer Center and CCF. Proceeds help fund programs such as CCF’s Giant Food NextGen Research Awardees, launched in 2014, designed to fund young researchers and advance their careers, along with their research.

“CCF is grateful to Giant Food for their commitment to move forward with the campaign this year, despite the pandemic,” explains CCF President Tasha Museles.  “Cancer does not stop for a pandemic, and the efforts to fight it can’t either. We are in awe of the generosity from Giant Food shoppers who made donations during these difficult times.”

Giant Food will present the $615,000 contribution to CCF at the Annual Gala on Nov. 12, 2020, which will be virtual this year. https://www.childrenscancerfoundation.org.

About Giant Food
Giant Food, headquartered in Landover, MD, operates 164 supermarkets in Virginia, Maryland, Delaware, and the District of Columbia with approximately 20,000 associates. Included within the 164 stores are 153 full-service pharmacies, 82 full-service PNC Banks and 24 Starbucks locations. With flexible options and convenient solutions, Giant fits all the ways today’s busy consumers want to shop – whether in-store, via Giant Pickup or home delivery from Giant Delivers, which combined, serves 157 store locations. For more information: www.giantfood.com.

About The Children’s Cancer Foundation, Inc.
Since 1983, The Children’s Cancer Foundation, Inc. (CCF), a 501(c)3 non-profit, has awarded $40M in grants to area hospitals and researchers to more effectively treat children fighting cancer. Headquartered in Columbia, MD, CCF concentrates on raising funds locally and partners with local hospitals in the Baltimore-D.C area.

About The Children's Cancer Foundation, Inc.

Since 1983, CCF has awarded $40M in grants to area hospitals and researchers to more effectively treat children fighting cancer. CCF concentrates on raising funds locally and partners with local hospitals in the Baltimore-D.C area. 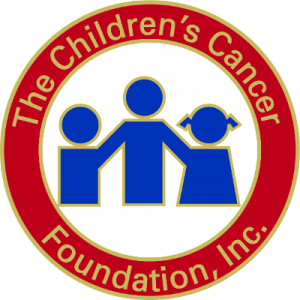