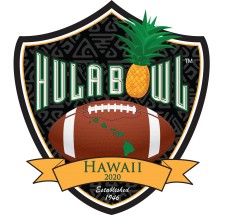 OAHU, Hawaii, October 31, 2019 (Newswire.com) - HULA BOWL and CBS Sports Network today announced today an exclusive television partnership to air the HULA BOWL. The HULA Bowl will reboot after 12 years and will be televised live on Sunday, Jan, 26, starting with a pregame show at 10 PM, ET and kickoff at 10:30 PM, ET.

The HULA BOWL, played at Aloha Stadium on Oahu, Hawaii, will feature some of college’s top Senior football players in an all-star game. This year’s game will include players from the US, along with Australia and Japan.

The two teams are split into “Aina and Kai” teams, the Hawaiian words for Land and Ocean. “The Hula Bowl is pleased to announce that Rex Ryan, former NFL head coach of the New York Jets and Buffalo Bills, is the Kai Head Coach and Mike Smith, former NFL head coach of the Atlanta Falcons, is the Aina Head Coach,” said Rich Miano, Executive Director, The Hula Bowl. Miano added; “The Hula Bowl dates back to 1946 and was last played in 2008. The tradition of excellence in college football returns to Hawaii and we look forward to celebrating the history and traditions of this important all-star game.”

“We are excited to reboot the Hula Bowl in paradise and bring back this winter classic on CBS Sports Network,” said, Mark Dvornik, Executive Producer of The Hula Bowl, adding, “The Hula Bowl over the years has showcased many iconic players including Heisman Trophy winners Steve Spurrier, Tony Dorsett, Marcus Allen, Tim Brown, Ricky Williams, Danny Wuerffel and many more.”

“The Hula Bowl is starting the Hula Bowl Hall of Fame,” said Miano. “Selecting the inaugural class is a huge task, because there have been thousands of great players that have participated in the Hula Bowl throughout the last eight decades. For this reason, we are asking the fans for their help to vote at https://www.hulabowl.com/vote.html.”​

About the Hula Bowl: The Hula Bowl was established in 1946 as the Hula Bowl All-Star Football Classic. Starting in 1960, the teams were then split into “Aina and Kai”​ teams, the Hawaiian words for Land and Ocean. This year, the game will include NCAA college football players from all divisions, along with international players from  Australia, and Japan. For more information, go to http://www.hulabowl.com.