The N-GEO™ will be composed of Agriculture, Forestry, and Other Land Use (AFOLU) projects with additional Climate, Community, and Biodiversity (CCB) accreditation. The CCB Standards can be applied to eligible land-management projects, promoting innovation from early-stage project design through development and implementation. Eligible offset projects will be carefully vetted under the CBL Standard Instruments Program, which also contains the Global Emissions Offset™ (GEO™) contract — the first in this series of standardized contracts developed by Xpansiv.

"After the successful market adoption of the GEO, we saw the N-GEO as the natural next step in the maturity of the international carbon market," said Xpansiv Chief Commercial Officer Ben Stuart. "This groundbreaking contract will bring transparency and price certainty to an extremely important subset of the offset market, which will lead to further investment in projects that are leading the battle against climate change."

The N-GEO provides a benchmark for nature-based emissions offsets, allowing participants to meet climate commitments while promoting the biodiversity of natural environments and supporting developing communities.

"The N-GEO was developed in response to strong market demand for nature-based solutions," said Xpansiv President and COO John Melby. "The contract was created based on input from financial institutions, trading firms, project developers, industry associations, corporations, and carbon-standards organizations. It's an important step toward a carbon-neutral future."

The N-GEO will provide an influx of capital that enables project developers around the world to expand their efforts to combat climate change.

"The N-GEO reflects growing market maturity and highlights the important role that natural climate solutions can play in both the fight against climate change and in supporting local communities and preserving biodiversity," said Verra CEO David Antonioli. "These instruments add transparency to the market and, thus, become vital benchmarks that act as catalysts, advancing our efforts to achieve ambitious climate action."

Xpansiv is the global market for ESG-inclusive commodities. These Intelligent Commodities bring transparency and liquidity to markets, empowering participants to value energy, carbon, and water to meet the challenges of an information-rich, resource-constrained world. The company's main business units include CBL, the leading spot exchange for ESG commodities, including carbon, renewable energy certificates, and Digital Natural Gas™; H2OX, the leading spot exchange for water in Australia; and XSignals, which provides end-of-day and historical market data. Xpansiv is the digital nexus where ESG and price signals merge. Xpansiv.com 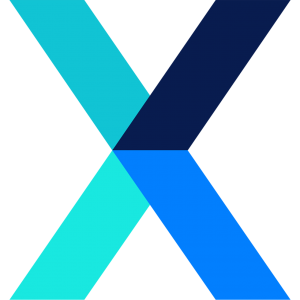