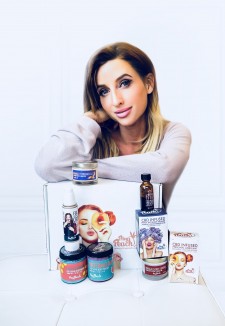 DENVER, June 7, 2018 (Newswire.com) - Kim Koehler started Privy Peach because she was on a mission to help women.

An experienced creative and entrepreneur, Koehler had already launched multiple advertising and marketing campaigns before starting Privy Peach. When she started doing contract work for a cannabis marketing agency, she began to notice the lack of cannabis products marketed towards women. It seemed to her that companies would slap floral packaging or special names on items that smelled the same as the offerings for men, or that just smelled like marijuana.

Nothing really targeted women-specific issues, and she hadn’t come across any female-targeted cannabis products that, without the labels stripped away, would still clearly be geared towards women. So, Koehler decided to make it her mission to create a line of products that would make women feel good, smell good, and look good.

The idea she landed on was cannabis-infused lube, and although she was somewhat unfamiliar with the concept, she started asking around. Koehler set out to create a natural lubricant specifically for people with sensitivities and pain during sex. It was also important for the product to be free of psychoactive effects so that the lube could purely focus on the physical and improving sex lives.

Koehler discovered CBD, the non-psychoactive cannabinoid found in both marijuana and hemp plants. She learned that CBD when isolated and derived from hemp in a compliant extraction facility, was legal to be shipped nationwide. Thus, Privy Peach was born.

“One of the amazing things about CBD is its anti-inflammatory quality,” Koehler explained. “As an individual who suffered from severe pelvic pain during sex for multiple years, due to inflammation and muscle issues from a trauma I experienced, a light bulb went off. Why wouldn’t I be able to create an intimate oil that could not only increase circulation, but also provide anti-inflammatory benefits?”

She had been prescribed topical medications, recommended pelvic physical therapy, and tried other options, but nothing worked. Almost every time, sex ended in tears for Koehler. The pain was excruciating.

This further pushed her to learn how to make CBD lube, and one by one, she overcame obstacles. She broke the news of her new business to her conservative family, who supported her and found a chemist in Boulder to help her figure out the exact ratios for the product. She even found people willing to test the lube and report back to her. On January 13, 2018, she officially opened her online store.

“It’s very humbling that the talk about Privy Peach has been spreading like wildfire,” she explained. “And I have literally had reviews of my products bring me to tears. People tell me how they have dealt with pain from things like endometriosis, PCOS, PID, traumas, and other non-diagnosed chronic pain, and that this one product has given them their sex lives back. One woman accredited Privy Peach to potentially saving her marriage because she finally was able to feel comfortable having sex again. Another woman said she ‘literally cried happy tears’ because she hadn’t been able to enjoy sex due to pain.”

The secret to the product is that CBD doesn’t numb the user; it just brings about relaxation and helps with inflammation. It can even help increase pleasurable sensation. This is why it is a perfect product for those who have experienced sexual trauma.

Privy Peach has now released three different intimate products in the Between the Sheets intimate line, each with its own unique benefit, including a sensation-enhancing intimate topical. Koehler has also developed other products, such as a hair-growth mask and a wrinkle serum, both winning national awards shortly after their release. She has also been treating her anxiety and PTSD with her infused MCT oil, which she has named “Break Free.”

“One of the biggest problems is the lack of education when it comes to CBD,” she added. “People don’t know the difference between THC and CBD. They are worried that they will get high; people are worried that they will fail drug tests, or will be doing something illegal. As CBD becomes more mainstream, as it is, rapidly, I feel you will see this gem that is a part of the cannabis plant being infused into all kinds of cosmetics, foods, hair products, and more.”

Privy Peach has already changed lives and is rapidly becoming a major leader in the CBD movement. 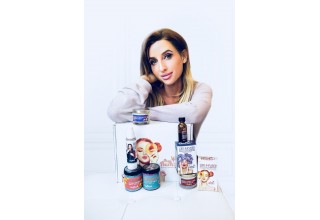 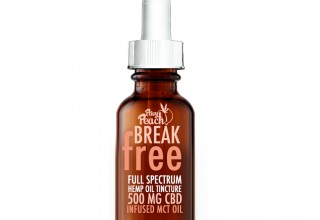 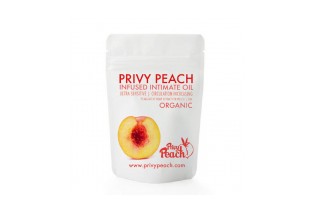 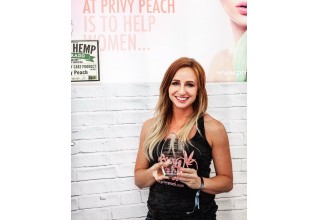