Catalyst Cannabis Co. Applauds the Decision of the City of Oxnard to Revise and Revisit Its Retail Cannabis License Process

Elliot Lewis, CEO of Catalyst Cannabis Co., is applauding the reversal of the cannabis licensing process in Oxnard, CA. 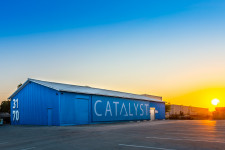 OXNARD, Calif., November 20, 2020 (Newswire.com) - Catalyst Cannabis Co., a California-based cannabis retailer, founded by Elliot Lewis, is applauding the reversal of the cannabis licensing process in Oxnard, CA. On Tuesday, Nov. 17, 2020, the Oxnard City Council held a closed-door session in which one of the likely discussions was of an appeal from Catalyst Cannabis Co. citing inconsistencies in Oxnard's Retail Cannabis Program. The appeal, written by Catalyst General Counsel & Political Advisor, Damian Martin, Esq., M.B.A., which Mr. Lewis refers to "as a masterpiece of legal work product combined with deep understanding of cannabis ordinances and their implementation", was very likely the centerpiece of the closed session which, when adjourned, resulted in the City of Oxnard deciding to overturn its retail cannabis licensing process and start from scratch in a historic turn of events. Martin's appeal so clearly and unequivocally laid out inconsistencies, such that Catalyst Cannabis Co. believes that the City Council was compelled to act in a first-of-its-kind scrapping of an entire scoring system.

Elliot Lewis, CEO of Catalyst Cannabis Co. states, "Oxnard made the right decision to redo its licensing process. The California process for cannabis licensing is a city-by-city street fight and very competitive, which has led to numerous allegations of inconsistencies and outright corruption in certain processes with local officials across the State. No matter the outcome, we want to tip our hats to the City of Oxnard in recognizing a problem and fixing it so all applicants get a fair opportunity. This move is very bold and much appreciated. Typically, cities hide from their mistakes and quietly resolve their litigation or, worse, continue on in the face of overwhelming evidence while burning taxpayer money in costly litigation because the same people who engage in corruption don't value the taxpayer money that funds these litigation matters. If cities engage in fair and transparent process, they can avoid these pitfalls."

According to a press release from the State of California, cannabis has generated more than 1 billion dollars in tax revenue since its legalization in 2018. Lewis notes that "Cities are hurting themselves. This is even more of a reason to keep these licensing processes fair and transparent. Highly qualified applicants such as Catalyst bring great Union Jobs with full benefits packages and a sincere emphasis on local community outreach and engagement. We run great stores and have easily auditable financials so cities get the tax money they need. When processes get corrupted, it's not just the applicant that loses out; more critically, the constituents that public officials are sworn to represent end up with the most detrimental outcome."