There is ample evidence to suggest that the black community is at a significant disadvantage in the U.S. healthcare system. 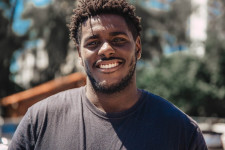 NEW YORK, August 18, 2022 (Newswire.com) - Data highlights that the U.S has yet to achieve a meaningful change in how healthcare is accessed, with over 30 million black people unable to receive necessary medical insurance. It has become a systemic struggle for basic health necessities in 2022, causing an economic burden of over $35 billion annually, including $200 billion in premature deaths and $10 billion in illness-related productivity loss. Carepatron's report found access is a major contributing factor to why healthcare tends to be more expensive in predominantly black neighborhoods than in white communities.

For instance, Carepatron found that the patient cost of the last six months of life under Medicare is $7,100 more expensive for black people, which is 20% more than for white people. Conversely, hospitals serving the largest share of black patients received a 21.6% lower than average reimbursement rate, which means a $283 lower mean revenue per patient day than white-serving hospitals.

As a result, there is less motivation for corporate healthcare providers to work in black communities, resulting in a 60% rise in community-based care - which frequently falls short of meeting primary care needs. This is evident in studies highlighting the lower quality of black care for higher costs than in predominantly white neighborhoods. For example, over 400 hospitals across the U.S. supply older health solutions to black people, which increases costs over time due to treatment inefficacy.

There are notable states where black neighborhoods may face higher challenges than others, as highlighted in a recent data analysis from the Commonwealth Fund.

Oklahoma was ranked as the worst state to receive healthcare for black people, with a health score of 6/100 based on health performance, quality, and access to care. Mississippi closely followed this with 8/100 and Missouri with 9/100, with these states likely to see higher costs due to medical inefficiency and lack of access. This was at least 60% lower than the healthcare received by white people in the same states.

Rhode Island was the highest performer at 80/100, followed by Massachusetts at 70/100, and Maryland at 64/100. These states performed well across all ethnicities, with an average of 10% lower cost, greater access, and quality of care.

This evidence strongly suggests that healthcare expenditures are more likely to be higher in predominantly black communities. As a result, health practitioners must be aware of the financial strain on the black community to provide effective treatment and care at affordable rates.

You can find the full report here

Ashleigh Knowles is a Practice Specialist at Carepatron, a community-driven healthcare workspace for practitioners and their clients. Learn more at www.carepatron.com, or for more resources, contact Jamie Frew at jamiefrew@carepatron.com or +1 415 862 1910.

The Healthcare Platform practitioners and their clients can love! 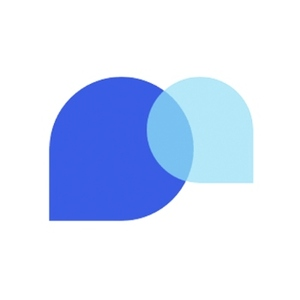 Carepatron Report Analyzes How Much Therapists Cost in 2022
Carepatron - Aug 25, 2022

The Places in America Where Mental Health Rates Are Increasing the Fastest
Mental health rates in the United States are rising. Today, over 50 million Americans experience a mental illness, and 4.58% of adults have reported serious thoughts of suicide, which is a troubling increase of 664,000 people since last year.
Carepatron - Aug 11, 2022

Carepatron is Making Healthcare More Accessible Through a Community-Driven Platform
Healthcare access and affordability are leading issues in our country today. The founders of Carepatron, have brought together a community of health practitioners and clients to develop a collaborative solution.
Carepatron - Jul 28, 2022