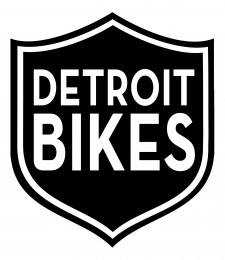 DETROIT, January 20, 2022 (Newswire.com) - Cardinal Cycling Group has acquired the assets of Detroit Bikes, including the brand, inventory and production facility. Zak Pashak, Detroit Bikes founder, will remain a partner in the new company and continue in a factory management and business development role.

Detroit Bikes will continue normal operations while it executes planned 2022 production and develops an expanded product range that will launch in the second half of 2022. Cardinal Cycling Group intends to further develop the "USA Made" steel range and expand urban eBike offerings.

"From the moment I saw the Detroit Bikes launch video in 2014, I have loved the Detroit Bikes brand. Zak and I became friends over the years as we have been on a similar path of re-shoring bicycle manufacturing, getting more people on bikes and building brands that matter. We are thrilled to take the reins at Detroit Bikes and commend Zak for building a passionate and iconic brand," says Tony Karklins, CEO of Cardinal Cycling Group.

"It has been an amazing ride over the last decade and I am happy to turn Detroit Bikes over to Tony and his team at Cardinal Cycling Group. The recapitalization of the business along with Cardinal's industry knowledge and connectivity is exactly what Detroit Bikes needs. I look forward to being part of the team and helping take Detroit Bikes to the next level," says Pashak.

Why this matters — Rarely do brands have such a heart and soul. The amount of passion, vision, hard work and investment that has been put into Detroit Bikes is important. Zak led the way for re-shoring bicycle manufacturing when he decided to move from Canada to America and set up shop in Detroit, the nation's most iconic manufacturing city.

Although Zak is not from the cycling industry, he identified the opportunity and rolled the dice on what he knew was right. A decade later and after a supply chain meltdown, global shipping price surge, geo-political tariff war and renewed appreciation for locally produced products, Zak has been validated by the need and reality of re-shoring bicycle production and assembly in North America and Europe.

About Detroit Bikes — Founded in 2014 by Zak Pashak, Detroit Bikes led the way for the re-shoring of the American bicycle industry and operates the largest steel bicycle manufacturing facility in the USA and one of the largest complete bicycle assembly facilities. Detroit Bikes currently offers a unique range of "Made in the USA" urban bikes produced from USA-sourced chromoly steel tubing and a host of other services to the cycling industry.

This premier show and sale of contemporary craft and design includes 195 of the finest and most dynamic craft artists in the United States, selected by an esteemed panel of craft experts. All work is for sale and the artists receive 100% of their sale proceeds.

The 2022 Show will be held in person at the Convention Center on November 11th to 13th, with a Preview Party on Thursday, November 10th. 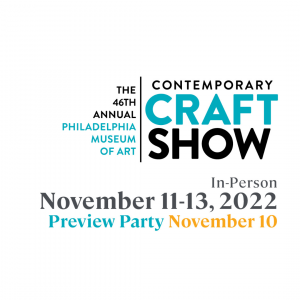