Can You Really Trust a Bisexual? New Novel Explores the Conflation of Bisexuality and Promiscuity

New novel uses laughter and tears to explore how sexual fluidity can complicate the already complicated processes of love and commitment. 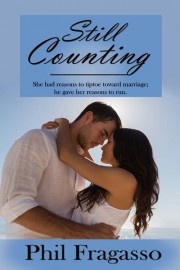 WELLESLEY, MA, February 1, 2016 (Newswire.com) - Bisexuality is confusing to many people whether gay or straight. It’s especially confusing for Adam Donatello. He accepts that his serious girlfriend is bisexual but he doesn't quite understand it. He twists their relationship into a knot trying to figure it out, and he falls victim to the common mistake of conflating bisexuality with promiscuity.

"Male insecurities reign supreme when confronted with a strong woman who knows her way around both the male and female anatomies."

Adam and Nina Morales share an immediate and powerful attraction. Nina sees life as a thousand shades of gray, while Adam tends towards black-and-white. He wants to move fast; she needs time. Nina sees her past liaisons with women as immaterial to their relationship, while her disclosure drives Adam to a state of irrational jealousy. He doesn't know how he could compete with a woman; and his suspicions – which Nina views as hypocritical – lead them both to make decisions they may live to regret.

Phil is the author of several novels and nonfiction books and writes regularly for the Huffington Post (including the recent “Bisexuality and Promiscuity In Fact and Fiction”). He is an adjunct professor at Boston College and founded the website www.ChickLitForGuys.com.