Nonprofits double down on ensuring the children of wounded, ill and fallen military service members receive caregiver respite and opportunities to enhance resilience

RALEIGH, N.C., September 16, 2021 (Newswire.com) - Camp Corral, a leading provider of support and enrichment opportunities for the children of this nation's wounded, ill and fallen military heroes, announces Wounded Warriors Family Support (WWFS), a nonprofit supporting the families of those who have been wounded, injured or killed during combat, as an official sponsor of its year-round resilience programming, to include Summer Camp and Family Camp Retreats. With a shared focus on providing respite to those who care for wounded and ill service members, the nonprofits will collaborate to ensure their programs are available to as many families as possible.

"Communities often do not consider the heightened challenges that military children face on a daily basis, particularly those who have stepped up to be a caregiver for an ill or wounded parent," said Lori Noonan, Chief Operating Officer at Camp Corral. "Partnering with WWFS will act as a force multiplier to ensure families receive the dedicated support they have earned through their service and sacrifice to our country."

Camp Corral's programs are designed to provide respite, build peer-support connections, strengthen self-confidence, and reinforce coping skills for the children of wounded warriors making the non-profit a natural focus of support for WWFS due to its concentration on providing support to combat-wounded warriors, their caregivers, and family members.

"It's an honor and privilege to join forces with Camp Corral to expand Wounded Warriors Family Support's programs through outdoor adventures and resilience programming for the children and families of our nation's veterans and caregivers," said Kate McCauley, CEO & President at WWFS. "We believe that together we can offer these families an opportunity to rest and strengthen their ability to thrive."

Wounded Warriors Family Support is an independent nonprofit organization whose mission is to provide support to the families of those who have been wounded, injured, or killed during combat operations. WWFS's offers respite care and retreats to strengthen the caregivers who support this nation's wounded veterans. This organization is run by combat veterans for combat veterans. Rated a four-star nonprofit by Charity Navigator, Wounded Warriors Family Support aids veterans and their families in healing the wounds that medicine cannot. For more information, visit www.wwfs.org.

Camp Corral is a national non-profit organization whose mission is to transform the lives of children of this nation's wounded, ill, and fallen military heroes. Since its inception in 2011, Camp Corral has served more than 30,000 children from every state in the nation with resilience-based programs focused upon the very unique attributes and challenges shared by military-connected children across the country. For more information, visit www.campcorral.org.

The mission of Camp Corral is to transform the lives of children of wounded, ill, injured and fallen military heroes through unique summer camp experiences and other programs. 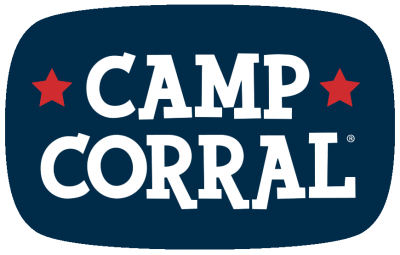