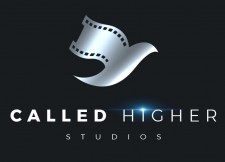 FRANKLIN, Tenn., August 12, 2019 (Newswire.com) - (This Press Release is being Re-Issued to correct any language from a similar press release on June 27, 2019, that could be misinterpreted as implying SEC approval for any offering from our company. For clarity, Called Higher Studios does not have a current offering, nor does the SEC approve, qualify, or endorse such offerings.)

"We believe that the time is now for Christian fans to band together and become something powerful, forceful and meaningful in the world of film and television production. There is power in numbers and we would like to create a community where we can all develop and promote content together; we will revolutionize the way faith-based movies are created," said Jason Brown, CEO of Called Higher Studios, Inc. Through a host of connections and partnerships, Called Higher Studios wants to enable fans the ability to get up close and personal, virtually becoming part of the creative experience. "We already have a community that is vocal about their needs and our only focus is on serving them," continued Brown.

Called Higher Studios will focus on creating meaningful faith-based content but will also have a social impact side to the studio. Initiatives will include charity and NGO work in developing countries, enabling communities to receive vital resources that alleviate perpetual poverty. "Investment and partnership with Called Higher Studios was a simple decision for Global Development Alpha," said Christopher Hardin, President of GDA. "This is a symbiotic relationship with Called Higher Studios to support the advancement of impoverished communities, raising the education standards of children and aiding in the eradication of human rights concerns among the underprivileged."

Called Higher Studios will be headquartered in Franklin, Tennessee, and will initially seek to invest in other producers' and studios' projects. "The real value in what we all are creating is in the people - it's in the fans. It's always been that way. The fans buy tickets and support the films. We're just aggregating everyone together and giving them access that they've never had before. We want to invest in other people's movies and help content creators, studios, and distributors spread their message. We're going to take an active role in partnering with other studios. We'll develop our own content, but only when our fans are ready and when they feel passionate about the project," said Brown.