Call for Entries: The Second Edition of the North American Excellence Awards 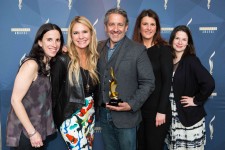 New York, NY, February 9, 2017 (Newswire.com) - The second round of the competition in PR and HR in North America is open for submissions until February 16th.

The Excellence Awards are open to public relations, communications, brand building and reputation management professionals from companies, consultancies, associations, institutions, universities and NGOs whose work has displayed exceptional talent and ability. They are hosted by Communication Director; the globally distributed magazine for corporate communications and public relations.

With 57 in-depth categories, which cover everything from brand relationship to social media and multi-market communications, the Awards explore the full range of the profession and take a comprehensive look at communications achievements across North America.

The Jury of the North American Excellence Awards consists of leading communications and HR professionals from companies, agencies, associations, institutions and universities. They will review all submissions on the following criteria: creativity and innovation, strategy, implementation, results and impact.

In May 2017, shortlisted nominees will have the opportunity to pitch their projects live to the Jury. On the same evening, the winners of the second edition of the North American Excellence Awards will be announced at the Award ceremony – an excellent networking forum for all attendees.

Quadriga acts as a point of contact as well as a think tank for all topics and requirements concerning professionalization: excellent education, expert information, professional networking and effective business IT solutions.