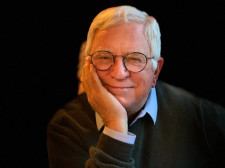 The Shollmier appointment is effective immediately. He is the seventh to join the Advisory Board of the Arkansas premium water startup company. Barry Davidson - the Founder/CEO of Caddo had this to say about Dudley: "He is an excellent addition to our Shareholder Advisory Board group. Dudley is an outstanding individual and innovative thinker - a perfect fit for our group. We are fortunate to have such a great team of Advisory Board Shareholders."

Dudley obtained a Bachelor of Science degree in Electrical Engineering from the University of Arkansas and a Master of Science in Business Administration from Purdue University.

After college, he was an early employee and initial investor in Systematics, Inc.  The company developed and processed banking software for banks around the globe. They were later acquired by Fidelity Information Systems.

After 18 years at Systematics, he changed careers and became a Registered Investment Advisor at a nationally known investment firm. He and his team manage the investment portfolios of wealthy individuals and families.

Dudley has served as Board Chairman of Centers for Youth and Families as well as Deacon and Elder of Second Presbyterian Church in Little Rock.  He is a member of the Arkansas Executive Forum and the Garrison Financial Institute at the University of Arkansas' Sam M. Walton College of Business. He and his brother Ken established the Shollmier Fund at the University of Arkansas Business School with a $200,000 Endowment in 2000. The Shollmier Fund is a student-managed investment fund at the Walton College that has now grown to over $500,000. The Rotary Club of Little Rock has honored him with the Centennial Paul Harris Fellow Award.

On joining the Caddo Venture, Dudley stated: "I have known and respected many of the Caddo Shareholders/Board Advisors for a long time. I also like the Venture's outstanding concept and vision. Therefore, it was something I wanted to get involved with on a firsthand basis."

The following are also Caddo Shareholder Advisory Board members: