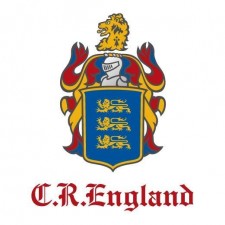 Salt Lake City, Utah, June 15, 2017 (Newswire.com) - Military veterans looking to start new careers after leaving the armed services can look to the trucking industry and one of the nation's oldest temperature-controlled carriers. That's the message C.R. England wants to convey as the company launches its brand-new Operation Success program for veterans later this week. Operation Success is made possible through G.I. Bill benefits that will boost earnings for veterans who begin truck driving careers.

Veterans interested in joining the C.R. England team as truck drivers are eligible to receive a number of benefits, including:

C.R. England has a support team dedicated to recruiting and meeting the needs of military veterans. The team is comprised of numerous veterans from each of the military branches and includes former members ranking from Private First Class up to Lieutenant Colonel. Veterans will have the full support of the team throughout their careers at C.R. England.

To kick off Operation Success, C.R. England is holding a special event at its Salt Lake City headquarters on Friday, June 16, 2017. The 'Honoring Veterans Military Rally' begins at 11 AM with an official welcome by Dan England, C.R. England chairperson and National Guard veteran. The kick-off event will include music, and special guest speaker, Brigadier General Christine Burckle, the reading of a letter from Utah's governor, and the introduction of current C.R. England staff who are also military veterans.

C.R. England is especially proud to be able to offer Operation Success to veterans. Any current veteran or military member looking at retirement in the near future is invited to apply for the program to become a C.R. England driver. The company has openings for both new and experienced drivers alike.

C.R. England is one of the nation's most reliable refrigerated carrier with a fleet of trucks crisscrossing the nation daily. The company was founded in 1920 and has now been family-owned for four generations. C.R. England operates five driver training schools under the Premier Truck Driving Schools banner, successfully recruiting and training drivers through regularly scheduled courses in five states. Their core philosophy is to remain the industry leader through a combination of time-tested services, technology, processes, and an entrepreneurial culture that encourages every team member to be his or her very best.