The ASTM emerging fuels division voted in favor of a new global specification that can now open the floodgates to significant volumes of renewable aviation fuel. This historic jet fuel specification is a direct nexus between the global ethanol industry and the aviation sector, connecting two mature industries that could never be linked in the past. Now ethanol can be used as a feedstock to make renewable jet fuel.

President and CEO of the Renewable Fuels Association, Mr. Bob Dinneen states, “We now may have a viable means whereby ethanol can play a significant role in support of de-carbonizing the aviation sector. It is exciting to have yet another market opportunity for ethanol.”

The global network of ethanol production and distribution is well established, as is the downstream petroleum infrastructure delivering jet fuel. This new ASTM specification allows these two global supply chains to connect so as to produce renewable jet fuel in significant volumes, and in places where it could not be produced before.

Byogy CEO Kevin Weiss says, “It’s one thing to have a great commodity product, but without an operative supply chain it’s difficult to sell.” The new ASTM specification allows jet fuel, produced from ethanol under the ATJ process, to be sold commercially on a global basis.

“We now have the ability to supplement and leverage the existing downstream petroleum industry with a well distributed ATJ Sustainable Aviation Fuel that can be produced anywhere by building on the existing global ethanol supply chain,” Mr. Weiss says.

As the pioneer of the ATJ process, Byogy is one of the few companies that produce full replacement fuels, as opposed to only blend-stock products. Significantly, Byogy’s fuels may ultimately be able to be distributed into the existing fossil fuel infrastructure at any point and at any ratio without tracking. This will allow carbon credit accounting to take place at the production source, similar to the carbon credit bookkeeping of the wind and solar industries.

Gerard Ostheimer, Senior Advisor to the below50 campaign, adds, “below50 translates corporate sustainability commitments into increased demand for Low Carbon Fuels to de-carbonize transport. We are particularly interested in reducing GHG emissions from difficult to electrify sectors. We are thrilled by the progress of the ATJ platform because it is one of the few technologies that can produce sustainable, full replacement hydrocarbon fuels that aviation, heavy transport, and maritime demand. We look forward to working with Byogy to accelerate the uptake of drop-in fuels with GHG emissions less than 50 percent of their fossil fuel counterparts.”

The aviation sector is now subject to global de-carbonization compliance regulations beginning in 2020 under the International Air Transport Association’s (IATA) Carbon Offsetting and Reduction Scheme for International Aviation (CORSIA). Given such great demand, and now with the ATJ specification in place, a full supply chain exists to effectively scale up and drive production costs down over the coming years while carbon offset policies are advanced.

Byogy Renewables, Inc. is a biofuels technology company, headquartered in San Jose, California with divisional companies in Brazil and Australia.

Byogy's primary goal is to revolutionize the global ethanol industry by removing blend-wall roadblocks and allowing any ethanol producer to diversify its product line to provide commercial aviation, heavy transport, maritime, and military divisions, with a high-quality renewable jet fuel and diesel fuel that will provide significant carbon offsets and alleviate dependence on crude oil. 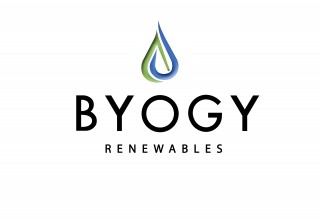 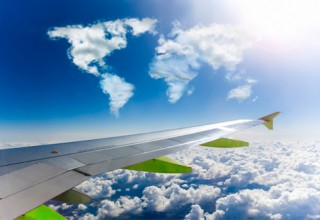 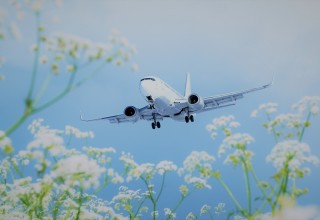