DALLAS, September 19, 2018 (Newswire.com) - BusPatrol and the Dissolution Committee for the Former Board of Dallas County Schools (DCS) are pleased to announce that an agreement was reached which underlines the importance of protecting the school children of Texas as they travel to and from school each day.

According to Alan King, CEO of the DCS Dissolution Committee, this agreement will allow the independent school districts previously served by DCS to utilize the camera systems on the buses. BusPatrol's Technology will allow districts to monitor activities on and around the buses, which shall increase the safety of our students. We are very pleased with the outcome of this settlement.

“We are pleased to see this matter settled, we came together as a group and put the kids first,” said Jean Souliere, CEO of BusPatrol. “Children’s safety is at the heart of our business. Our World-Class technology is proven to keep children safe both inside and outside the school bus on their journey to and from School. BusPatrol is pleased to have played a role in reaching this resolution, and is excited to return our undivided attention to building a safer world for students across this great State of Texas.”

On November 7, 2017, Dallas County residents voted against the continued operation of Dallas County Schools (DCS), pursuant to Senate Bills 1566 and 2065 of the 85th Legislative session. As a result, effective November 15, 2017, DCS was abolished, and the Dissolution Committee for the former Board of Dallas County School Trustees (the “Committee”) was formed to provide safe and reliable transportation for component school districts, identify sources of recovery and assets, and distribute those assets. A key element of the Committee’s continuing efforts is to pursue claims against certain third parties that had a role in causing substantial losses to DCS and its taxpayers which led to DCS’s insolvency and dissolution.

BusPatrol is an independently owned and operated company that uses proven, state-of-the-art technology to identify vehicles that break the law by passing stopped school buses.

BusPatrol America is a technology company which helps reducing school bus stop-arm violations at No Cost to Municipalities. 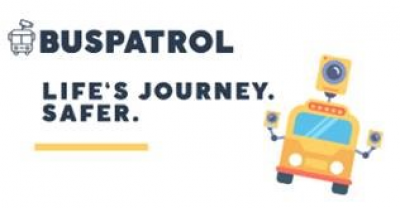