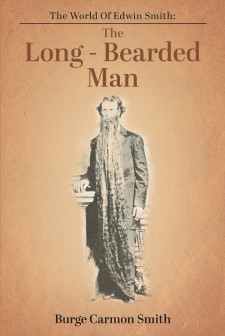 Georgetown, TX, November 9, 2018 (Newswire.com) - Burge Carmon Smith, a retired Lutheran parochial school teacher, athletic administrator, coach, published author, and gifted storyteller, has completed his most recent book “THE WORLD OF EDWIN SMITH: THE LONG - BEARDED MAN”:  a delightful and unbelievable true story of a man who lived a varied and interesting life.  After failing to make his fortune during the goldrush, Edwin returned home with his remarkable beard only to be recruited by the one and only P.T. Barnum.

Mr. Smith feels that Edwin lived a captivating and intriguing life and says, “Hopefully young people will enjoy Edwin’s adventures and his life.”

Published by Fulton Books, Burge Carmon Smith’s book details the life and times of one Mr. Edwin Smith, a nineteenth-century pioneer. He was born in New York, grew up in Ohio, and lived his adult life in Michigan. Edwin sought out the goldfields of California in 1861 and found no gold but returned to the Midwest with a long beard, which he loved dearly. At one time, he was described as the man with the longest beard in the world. The length of his beard led P. T. Barnum to seek him out and employ him as part of his Greatest Show on Earth circus. Edwin was a sideshow performer during the 1881 circus tour, which traveled from New York to Texas all by train and rail.

Readers who wish to experience this unforgettable work can purchase “THE WORLD OF EDWIN SMITH: THE LONG - BEARDED MAN” at bookstores everywhere, or online at the Apple iTunes store, Amazon, Google Play or Barnes and Noble.