BUFFALO, N.Y., February 26, 2018 (Newswire.com) - Educators of America has successfully kicked off their Building Cultural Bridges Program connecting American and Namibian students via video conferencing. “I do not know what will happen, but I’m willing to make new friends," says a Grade 7 Namibian student prior to virtually meeting their American counterpart. That American counterpart is also a middle school student located 10 time zones away in Las Vegas, Nevada. Despite being continents and hemispheres apart, two groups of middle school students were about to experience an international meeting that put them practically in the same room.

Originating as a simple pen pal program designed by Peace Corps Volunteer Brett Claydon, Educators of America partnered with Brett to take the pen pal program idea into the 21st century. Namibian students were the first to write and deliver their pen pal letters via post to their American counterparts. After much anticipation, the American students received their letters, discovered who their counterpart was and mailed their handwritten responses immediately. As the letters were en route, Brett answered questions from students about life in America along with engaging with local teachers and administrators of the Namibian school to ensure the sustainability of the program.

The world is going to open up for them and that is very important because to make friends everywhere would be wonderful.

Executive Director of Educators of America Michael Lynch traveled to Namibia, landing in the capital, Windhoek, to meet Brett and begin their journey to his site, video technology in tow. Educators of America obtained Cisco video technology equipment from ConvergeOne and shipped it to Namibia in order for the Namibian students to virtually meet and greet their American pen pals. Arriving in town, the two were able to successfully install the video technology into the school on the first day with some help from the school's IT department. The following evening, the Namibian students dressed in their school uniforms and filled with excitement and eagerness, filled the Computer Centre, ready to see and hear their American student pen pals - who were just arriving to school at 7 in the morning in Nevada.

A flurry of waves, hellos, gasps and laughter filled the Namibian classroom as American students began to read out the names of their pen pals and match a face to a name. As the session progressed, there was an exchange of greetings between both Namibian and American teachers involved as they began to put together a schedule that would allow for one-on-one discussions between the pen pals to encourage cross-cultural exchange, relationship building and intercultural learning. "Next step is that we build a good friendship, and maybe one day in the future we'll even bump into each other," said a Namibian student post-video meeting. Peace Corps Volunteer Brett Claydon said, "Many Namibian students are ambitious to travel the world and discover what is beyond their borders and this is certainly the first step in doing that."

The Building Cultural Bridges program falls in line with goals two and three of Peace Corps, which is to help promote a better understanding of Americans on the part of the peoples served and to promote a better understanding of other peoples on the part of Americans. Additionally, the program is designed to improve reading, writing, presentation and relationship-building skills.

"The world is going to open up for them and that is very important because to make friends everywhere would be wonderful." A statement coming from an emotional and visibly excited Ellen Nel, an English teacher at the Namibian school who is now championing the program among other teachers.

Students and teachers in the United States can learn more about the Building Cultural Bridges Program by visiting www.educatorsusa.org/bcb-program and downloading the online application in PDF or Word Document form. Educators of America plans to expand the program during the spring and fall of 2018 to include up to 10 more schools in the USA, connecting another 225 students with their new friends in Namibia. 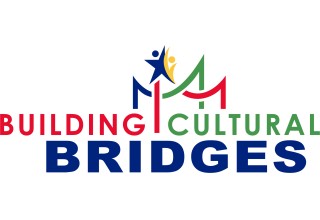 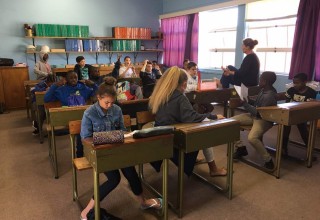 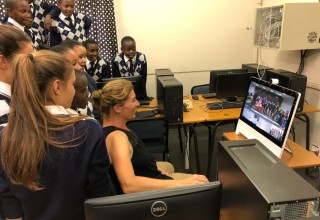 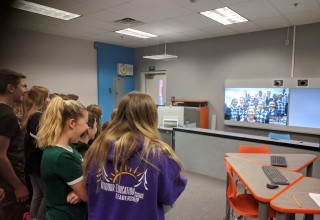 About Educators of America Inc