Bringing Human Rights to Life in the World's Largest Democracy 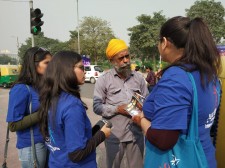 NEW DELHI, India, January 17, 2019 (Newswire.com) - India, a country of 1.3 billion, speaking 22 major languages and 720 dialects, is the world’s largest and most diverse democracy. And while the UN’s most recent Periodic Review found improvement, serious human rights issues continue to plague the country.

According to the most recent U.S. State Department Human Rights Report, significant human rights issues in India include “police and security force abuses, such as extrajudicial killings, disappearances, torture, arbitrary arrest and detention, rape, harsh and life-threatening prison conditions, and lengthy pretrial detention.” Also high on this list of abuses is “lack of criminal investigations or accountability for cases related to rape, domestic violence, dowry-related deaths, honor killings, sexual harassment; and discrimination against women and girls,” remained serious problems, along with “violence and discrimination based on religious affiliation, sexual orientation, and caste or tribe, including indigenous persons.”

Determined to make a radical difference in the human rights landscape of the country is the New Delhi chapter of Youth for Human Rights (YHR), an international nonprofit organization that focuses on education as the key to making a lasting humanitarian improvement.

In honor of Human Rights Day and celebration of the 70th anniversary of the Universal Declaration of Human Rights (UDHR), volunteers took their campaign to a local marathon where they handed out booklets containing a very simple explanation of each of the 30 articles of the UDHR. Among the race participants were persons with disabilities and YHR volunteers took care to reach out to them to let them know their rights are protected by this internationally endorsed document.

From there, the volunteers conducted a petition drive at a popular shopping center at Connaught Place in the heart of New Delhi. The petition calls on the government to ensure all children in India are educated on the UDHR.

The Church of Scientology and Scientologists support United for Human Rights and its program for young people Youth for Human Rights International. The Church makes these human rights educational materials available free of charge to educators, mentors, community programs and individuals seeking to make this world a better place. United for Human Rights has grown into a truly grassroots movement—the world’s largest nongovernmental human rights education campaign, reaching out in 195 countries in 27 languages and embraced by thousands of activists, officials, groups and organizations. 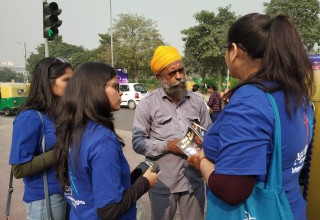 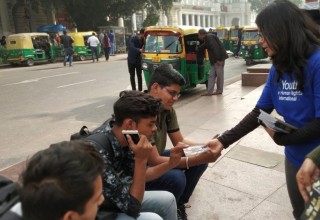 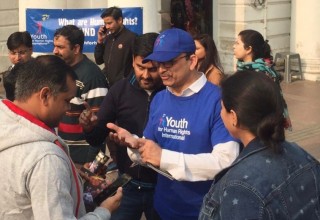 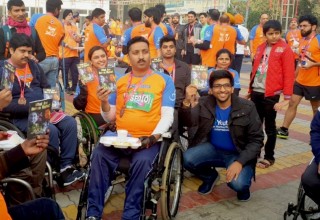