Brillient Corporation announced today that their President, Paul Strasser, was named as one of the 2020 Federal 100 Award winners. 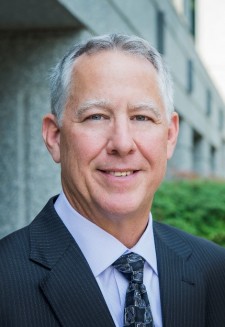 RESTON, Va., February 5, 2020 (Newswire.com) - Brillient Corporation announced today that their President, Paul Strasser, was named as one of the 2020 Federal 100 Award winners. This is Paul’s second time being honored as a Federal 100 winner with the first award coming in 2013.

The Federal 100 Award highlights individuals who go above and beyond in the Federal Information Technology (IT) sector and is organized and led by Federal Computer Week (FCW). According to FCW, “this is the 31st year that these awards have honored individuals who go far beyond their assigned duties to make a difference. The Federal 100 are the most prestigious awards in federal IT -- and for good reason.”

Brillient is proud to have Paul as their President and as a leader in the advancement of Federal IT. Paul played a key role in advancing Federal IT during 2019 through his elected and volunteer role as the Chair of the Industry Advisory Council (IAC), part of ACT-IAC. Paul has had a 36-year career in Federal IT and spent the last eleven years in voluntary service positions at ACT-IAC. Before that, Paul served on the boards of the Government Electronics Industry Association (GEIA) as Vice Chair, the IT Association of America (ITAA), and TechAmerica.  Paul is also a staunch supporter of the AFCEA Bethesda Chapter.

I am honored to have been selected for this year's award. This year's awardees are an extraordinary group of individuals that give so much of their time and talent to making our country safer and stronger, and our citizens better serviced and connected. One tenet I live by is, that the more you give away, the more you get back. This Federal IT community have given me so many gifts that transcend what we consider to be valuable and for that, I am truly grateful.

“Paul’s selection for the Federal 100 award exemplifies Brillient’s vision to make a positive impact on our government in providing exceptional service to our citizenry. Winning it twice in 7 years is a brilliant accomplishment,” said Sukumar Iyer, Founder and CEO.

For more on ACT-IAC see www.actiac.org

Brillient Called on by SBA With Contract for Loan Processing Surge
Brillient Corporation - May 21, 2020