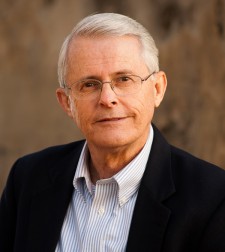 Last night, the British sent shock waves through the One World Order by voting to secede from the European Union.  Article 50 of the EU explicitly provides for departure, so there is no turning back.

Bravo for Brexit—one of the most historic events of modern times!

The European Union had good intentions, but none were realized.  It distorted national economies by using a “one size fits all” approach that forced rich nations to bail out less fiscally responsible ones.  It impoverished those by blocking necessary currency devaluations.

EU was conceived to avoid national conflicts.  It did not work.  Instead, it morphed into a militaristic, aggressive force that cooperated in fostering wars across the Middle East; it helped transform NATO from a purely defense alliance into one engaged in reckless aggression right up to the very borders of Russia.  It has risked a nuclear military confrontation with Russia over relatively trivial matters in the Ukraine that certainly do not warrant triggering WW III.

EU has embarked on a policy of ethnic cleansing, using massive waves of third-world immigration.  Most recently, it encouraged vast numbers of hostile, military-aged young men to cross into the EU from radical Muslim nations; men who arrived filled with hatred toward the west and a determination to subjugate the native European population.  On New Year’s Eve in Cologne, Germany, 1,000 Arab men sexually assaulted over 800 Christian women, bring criminal violence to a nation that formerly had little crime of any sort.  Brussels was unfazed.  Ethnic cleansing was having its desired effect—shattering national ethnic and religious cohesion.

The EU was a dictatorship that took sovereignty from the people.  They no longer decided what values they would hold or what type of culture they desired.  Instead, arrogant, faceless foreigners from Brussels imposed their will on sullen populations.

Now, it’s time to dismantle the EU and its military arm, NATO.  Both have outlived their usefulness and brutalized national sovereignty.  Finally, we can give peace a chance; finally, we can care for workers in each country; finally we can protect borders and respect citizenship; finally we can halt ethnic cleansing through horrific levels of open-borders immigration; finally, ordinary citizens will regain a voice in their own affairs.  Bravo for Brexit—one of the most historic events of modern times!