This is an IRB-approved clinical trial aimed at reversing aging in humans. It is being conducted as a pay-to-play trial with a $1 million price tag to enroll. 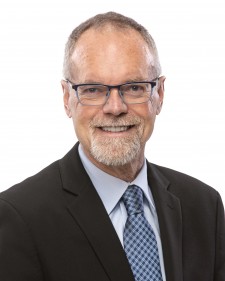 Traditionally, aging has been viewed as a natural, unalterable process. In the last decade, however, this view has shifted, and now the scientists at Libella along with scientists worldwide believe that aging may become optional. Research in this field has strongly suggested that the key to reversing aging may be through the lengthening of telomeres.​

Telomeres, the protective ends of our DNA strands, serve as a biological clock. Every time a cell divides or is stressed, the telomeres can shorten, essentially counting down the number of times the cell can divide. When the telomeres get shorter, tissues and organs begin to age. In fact, a significant number of scientific peer-reviewed studies have confirmed that the shortening of telomeres is a vital aspect of the aging process. Thus, by re-lengthening telomeres, aging may be reversed. Confirming this is the goal of this trial.​

Sierra Sciences, LLC, headed by Bill Andrews, Ph.D., has developed a gene therapy that aims to lengthen telomeres by introducing the enzyme telomerase into human cells. Sierra Sciences, LLC exclusively licensed the technology to Libella. Dr. Andrews led the research over 20 years ago that initially discovered human telomerase and then led the studies related to telomerase induction.​

The goal of Libella, as well as its scientists and doctors, is to reduce human suffering and disease, reverse declining health due to aging, increase health span, and allow people to enjoy high quality, longer lifespans. To this end, Libella has posted a clinical trial at clinicaltrials.gov that aims to reverse the condition of aging. ​ ​