Each person has a right to an environment free from noise that jeopardizes his health or welfare.

Bowling Green, Kentucky, August 16, 2017 (Newswire.com) - The National Corvette Museum in Bowling Green, Kentucky has won this month’s Noisy Dozen award from Noise Free America: A Coalition to Promote Quiet for building an obnoxiously loud race track within a few hundred feet of a neighborhood and not even bothering to do an acoustic study before construction. Neighbors hear noise levels as high as 90 decibels.

The original zoning hearing was held in March 2012, and there was a tremendous opposition by the neighborhood and surrounding property owners. The National Corvette Museum wanted no restrictions on hours of operation or noise. The Bowling Green/ Warren County planning commission denied their request and added language that there would be no significant increase in noise to the surrounding property owners.

The National Corvette Museum fought the planning commission at every turn and refused to comply with the zoning ordinance, binding elements and conditions of approval. The most egregious violation was their failure to construct a noise abatement structure between the track and the adjacent neighborhood. They even failed to obtain a “certificate of occupancy” before opening the track in August 2014.

Neighbor complaints began immediately, but the National Corvette Museum did nothing to resolve the problems. In June 2015, the city/county planning commission voted unanimously to issue a “certificate of violation” and ordered the track to cease operations. The National Corvette Museum refused to close and appealed the order to the Bowling Green/ Warren County Code Enforcement Board, which also voted unanimously to enforce the “cease and desist” order. At this hearing, Wendell Strode, executive director of the museum, conceded that “I would not want this track in my backyard.”

The neighbors just wanted the peaceful enjoyment of their property, which is exactly what the museum promised them in 2012. In March 2017, the National Corvette Museum presented an amended “detailed development plan” to the Bowling Green Warren County Planning Commission. It set forth the requirement for the track to install an online “community monitoring system,” with agreed-upon sound limits in the adjacent neighborhood. The system was required to be in place by July 1, 2017. The system is not in compliance with the amended development plan and the noise is significantly higher than the agreed upon level.

After five years, the National Corvette Museum has never been in compliance with either the original or amended development plan. Complaints are being made to the planning commission, and now enforcement action will start all over again.

The health consequences that have been created by the noise are a human tragedy. Ms. Betty Crump, 81 years old, is the closest resident to the track. Wendell Strode, executive director of the museum, testified in November 2015 that a noise abatement wall would be constructed between the track and her home by March 2016. The wall was never built, and in the fall of 2016, she was diagnosed with Type II diabetes. Noise causes stress--and stress is linked to the onset of diabetes.

Tom Blair, a supporter of Residents Against Motorsports Noise, stated that “the National Corvette Museum has asserted many times that they want to be a good neighbor, but their actions say more about what they want. They wanted to build a track with no restrictions and no oversight. They have done everything in their power to stall, appeal and litigate their noise problems with total disregard for the neighbors. They have used their community and political influence to put pressure on regulators to not enforce the zoning and development plan requirements.”

Blair concluded, “The residents of Clark Circle and Grimes Road are decent, hard-working people—the type of people who value community and are good neighbors. Many of them have lived in their homes for more than thirty years. There is a Baptist minister, a truck driver, a factory worker, a nurse, a social worker, a grocery store manager, a church volunteer, and many retirees. They do not own Corvettes or go on fancy vacations. They just want what we all want: to live in a quiet, peaceful environment. They want what they were promised in 2012—and they deserve no less.”

Noise Free America: A Coalition to Promote Quiet is a national citizens’ organization opposed to excessive noise. Past “winners” of the Noisy Dozen award include Louisville Harley-Davidson, and Bikers for Trump. 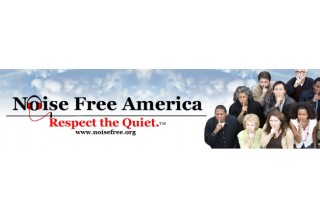 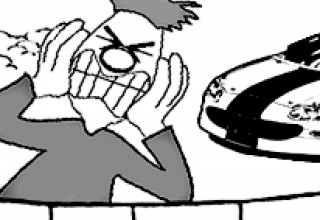 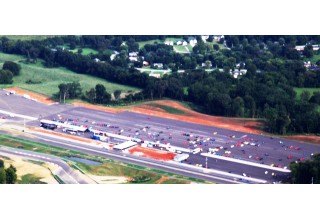