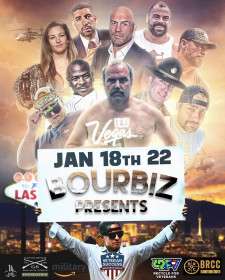 LAS VEGAS, January 14, 2022 (Newswire.com) -  The Veteran Success Resource Group (VSRG), a 501(c)(3) nonprofit, will host the first "BourBiz" of 2022, at the House of Blues, in Mandalay Bay. The popular networking and resource event, which is free and held exclusively for Veterans and Military Spouses, is now the largest of its kind in the United States. With events across New York, San Antonio, Tampa, Washington DC, and beyond, Bourbon Las Vegas will feature a unique roster of patriotic VIP athletes, actors, and distinguished supporters for the "sold-out" Veteran empowerment event.

"We take care of our own"

On Jan. 18, BourBiz—the country's largest networking and resource event series for Veterans and Military Spouses—will be held at the House of Blues, in Mandalay Bay. Now in its eighth year, BourBiz works to connect hundreds of Veterans with dozens of businesses, universities, government agencies, and Veteran Service Organizations (VSOs) in a casual environment … and an open bar.

"Junior enlisted men and women make up the bulk of our armed forces, but can be some of the most difficult to connect with resources and guidance," said Retired U.S. Army Captain and BourBiz Co-Founder, Scott Davidson. "It's remarkable to see 800-plus Veterans come together in a room for a singular purpose: to help each other find a foothold and chart a new path forward. That's what this community is about and that's why I've always said 'we take care of our own.'"

UFC Hall of Fame fighter Randy Couture headlines the VIP guest list. Before he was serving KOs in the Octagon, Couture served his country as a Staff Sergeant in the United States Army. The Veteran claimed six UFC titles across two different weight divisions, en route to becoming the fourth fighter ever inducted into the UFC Hall of Fame. Couture has since pivoted to the big screen, with a breakout role in the action franchise, The Expendables, alongside Stallone, Schwarzenegger, and others.

Couture will be joined by fellow MMA standout and former UFC bantamweight champion, Miesha Tate, who ended a five-year retirement in 2021 by returning to defeat Marion Reneau, at UFC Vegas 31.

BourBiz also draws dynamic corporate partners—like Amazon and Black Rifle Coffee Company, among others—that are committed to Veteran engagement and empowerment. Last November, BRCC—which was founded by Combat Veterans—announced it would be going public (via SPAC) with an initial market valuation of $1.7 billion.

"BourBiz is a place where you come as a Veteran for the networking and resources, but you stay for the camaraderie," added Davidson. Prior to COVID, there were eight different BourBiz events across the country, with "sold-out" veteran audiences up to 1,500 people, depending on the venue.

BourBiz Las Vegas will be held on Tuesday, Jan. 18 at the House of Blues, in Mandalay Bay.

The event and VIP reception will be open to the media, but prior confirmation is required. For event logistics and specifics, please contact: 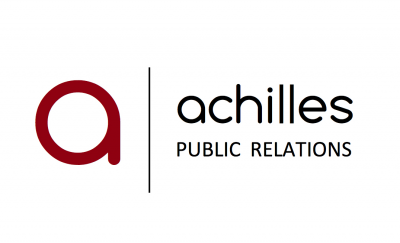