Many children and adults with Attention Deficit Hyperactive Disorder (ADHD) have difficulties managing their symptoms. It can be very challenging for these individuals to succeed in school, in their careers and can have struggles with their personal relationships. Matt Giordano, President of Drum Echoes, Inc., is no stranger to these challenges. Matt was diagnosed with ADHD and Tourette syndrome when he was 5. Matt and his team have decided to do something about the struggles many people with this common disorder are going through. He and his team are developing a patent pending personal biofeedback device for individuals with ADHD to assist them with self-management by using a variety of effective therapies and techniques. This device will detect stress levels in real time through the use of biofeedback sensors. These sensors will function in conjunction with the therapeutic features for the most optimal results. The goal is to help these individuals function more independently, achieve higher grades in school, increase work productivity, have better relationships and improve their overall quality of life.

Matt started having his first symptoms of Tourette Syndrome and ADHD at the age of 2. He also started playing the drums when he was 2 and shortly after that, he learned how powerful music and the arts can be. His symptoms disappear when he plays the drums! Music and the arts are a great way for him to organize and express his thoughts and feelings. It helps to increase his level of focus and confidence. Most art forms require a form of collaboration and Matt’s drumming allowed his peers to see past his symptoms. They gained a higher level of understanding, acceptance and appreciation for Matt as a quality individual that resulted in lasting relationships. Many people with ADHD are gifted in the arts and have similar experiences.

Matt’s mom gained a great deal of knowledge from working with Matt to overcome many extreme challenges he had as a child. As a result, she became the Education Specialist for the Tourette Association of America since 2003. During those years, Matt has witnessed his mom helping thousands of children in many schools across the United States. He has learned what kinds of services need to be provided by schools for their students with Tourette Syndrome and ADHD. A countless number of children she has supported, appeared to have a hopeless future until she collaborated with the schools to provide the needed services.

In 2003, Matt started his company Drum Echoes, Inc. to give back what the arts and his community have given to him. His drumming work and personal story have received media attention by the BBC, PBS Nova and was written about in the New York Times bestseller book titled Musicophilia by the highly respected author and neurologist, Dr. Oliver Sacks.  Matt has provided his drumming workshops for thousands of children and adults with ADHD throughout the United States, Canada, Puerto Rico, and Australia. During that time, he has learned the most common struggles this vast population are experiencing in their schools, workplace, social lives and families. He has also learned the most effective therapies and coping techniques for these individuals. It is those therapies and techniques he has carefully chosen to integrate into this new wearable technology.

We need your help!

We need funds to take this concept into a working prototype, to beta testing and into the lives of millions of people who need it.

Please donate and help make a difference! We are open to potential investors. Matt has two patents pending, renderings, a solid business plan, an investor presentation and an impressive professional team who are eager to continue working on this wearable technology!

Initial target market are individuals with ADHD. However, this product will be effective and sold to many other large markets such as seniors and the disabled for independent living, education, many emotional and neurological disorders, therapeutic and medical monitoring and research, physical therapy, health and fitness, simulation training and research, NASA, gaming and more!

Please donate by clicking this GoFundMe link below: 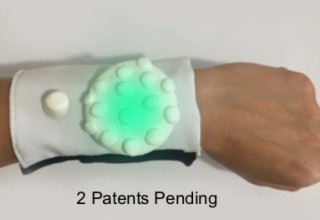 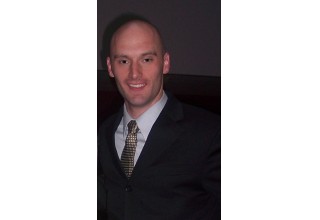 We're developing a biofeedback wearable with effective therapeutic and self-management features for people with ADHD. The goal is to enable them to function more independently, have greater success in school, work and with personal relationships.