HYDERABAD, India, October 11, 2018 (Newswire.com) - BigCode Games is happy to be launching their "Double Head Shark Attack" game to even more players. The game has already been released on the Apple App Store and players have been enjoying hours of game play excitement. Next, BigCode Game will release the full version of "Double Head Shark Attack" on Steam on Oct. 20.

This full version being released on Steam gives players multiplayer access. This is the first time the shark game category will have a game available with multiplayer access. Steam game has some great video and graphics that highlight the game as well. The first 100 early bird buyers can avail 15% discount.

The "Double Head Shark Attack" has users eating and powering up with hundreds of delicious and dangerous creatures in the water like baby sharks, jellyfish, and more. This underwater simulation game offers stunning quality, 3D graphics and cool sound effects. Users can also dress up their shark with many different accessories. The game features multiplayer mode to play with friends, the ability to hunt prey in different worlds, various shark power ups, and upgrades to hunt and survive. BigCode Games will also later release more upgrades for even more addictive game playing action.

“We are very excited about the launch of 'Double Head Shark Attack' on Apple and soon-to-be available on Steam,” says Mohammed Ahmed, founder and chairman of BigCode Games. “This is a unique game that players can enjoy by themselves or with friends. This is one of many games that have bought hours of enjoyment to players around the globe.”

BigCode Games is an industry leader in the Indian game market and has more than 100 game releases that are available in both the Google’s Android Play Store and Apple iOS’s App Store.

BigCode Games is an industry leader in the Indian mobile gaming market with more than 100 game releases. Games are available in both the Google’s Android Play Store and Apple iOS’s App Store. For more information, visit BigCodeGames.com. 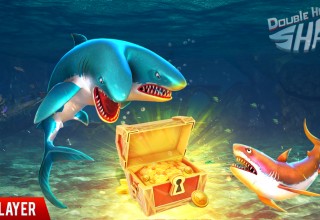 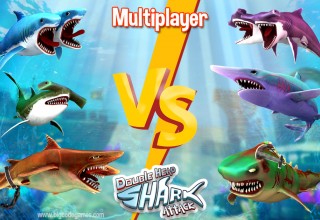 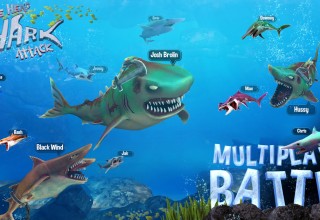 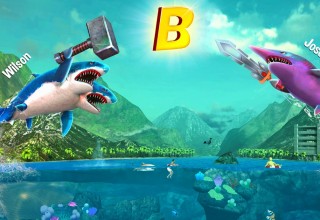