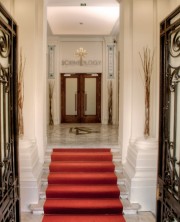 Brussels, Belgium, March 11, 2016 (Newswire.com) - The Church of Scientology of Belgium and Scientologists everywhere salute today’s decision by the 69th Trial Chamber of the Brussels Criminal Court, which unequivocally rejects the prosecution’s fatally flawed and biased case built on false allegations.

"The entire proceedings are declared inadmissible for a serious and irremediable breach of the right to a fair trial."

Presiding judge Yves Regiment noted that Belgian authorities had unfairly hounded the Church of Scientology for years stating: “The entire proceedings are declared inadmissible for a serious and irremediable breach of the right to a fair trial.”​

The Trial Court has reached the same unequivocal conclusion as the Highest Courts in Italy, the United Kingdom and Australia as well as judicial and administrative bodies in many countries: that Scientology should not be treated differently than other religions, and that basing prosecution on religious beliefs is a violation of human rights.  This is the underlying principle that drives the decision and was ignored by the prosecution in bringing this fatally flawed case.

The Church of Scientology, founded in 1954, has millions of members in more than 180 countries. It first was established in Belgium in 1974 and sponsors numerous social betterment campaigns, in particular its drug prevention campaign, its campaign for the betterment of the moral values beneficial to the individual and his family, its action to end psychiatric abuses, its human rights education program and its literacy campaigns.