NEW YORK, January 6, 2022 (Newswire.com) - Today, Bazaah, Inc., announced a new service for manufacturers and suppliers around the world which is designed to make shipping products to B2B customers in the United States easy, fast, and affordable. The Bazaah RapidSource system provides sellers (manufacturers and suppliers) who are registered on Bazaah's marketplace the option to warehouse their products at one of Bazaah's United States locations and then ship directly to domestic customers.

This allows merchants' products to be delivered to customers in the United States within 2-3 days, instead of weeks using cross-border logistics, and dramatically reduces shipping costs. At this time, it is rare that a B2B marketplace also offers fulfillment solutions in one single platform, but Bazaah is here to help build this unique offering within global e-commerce, starting with buyers in the United States.

"The most difficult barrier that manufacturers and suppliers around the world face when trying to enter the United States market is possessing the ability to price competitively while having to utilize expensive cross-border shipping methods to deliver products stateside," said William Henry Miller, CEO and Co-Founder of Bazaah. "Now, with RapidSource, we can remove this barrier and get one step closer to making cross-border trade both economically viable and truly accessible for B2B buyers and sellers globally," said Miller.

Pricing options will be released in the coming weeks to sellers who sign up to the RapidSource early access list. Providing an easy-to-understand pricing structure alongside being affordable is what is missing from many third-party and B2C fulfillment services, and Bazaah has kept this in mind while building their fulfillment solution by promising that pricing will be both affordable and easy to understand.

The membership fees and commission structures put in place by the most well-known B2B e-commerce platforms today are far too expensive for a wide segment of micro-to-small-scale sellers, so Bazaah is quickly becoming the most economically viable option for manufacturers and suppliers around the world to promote and sell their products. Now with RapidSource, Bazaah is further enhancing its differentiating value by combining its global B2B marketplace with a powerful logistics solution that will provide the same level of experience, support, and opportunity as many household logistics companies provide today.

Bazaah has launched the RapidSource waiting list for sellers who are interested in using the service at: www.bazaah.com/rapidsource.

Bazaah is an e-commerce marketplace that connects buyers with trusted manufacturers and suppliers around the world who support small-scale orders of purchase-ready and customizable products. They are filling the fast-growing gap in global trade which is based on small quantities known as "micro-trade" and are on a mission to make cross-border trade accessible for every single buyer and seller on the planet.

Bazaah is an e-commerce marketplace that connects buyers with trusted manufacturers and suppliers around the world who support small-scale orders of purchase-ready and customizable products. 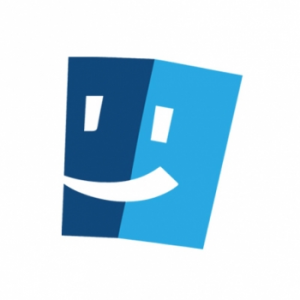