MIAMI, October 11, 2022 (Newswire.com) -  Last week, Miami-based singer-songwriter Elsten Torres issued a video and streaming track for the single "Nocturno", from the album of the same name. This represents the sixth single from 2022 full-length, which the artist wrote during the depths of the pandemic.

It is well known that nocturnal creatures have a heightened sense of hearing. Given his long and successful career as a singer-songwriter, Torres has now shown an exceptional sense of interpretation. Although his new single is open-ended lyrically, it conveys a wisdom gained through careful listening, and later analysis and expression.

"'Nocturno' is a song about life and death and our ability to see the big picture," says the twice-nominated GRAMMY award nominee and two-time BMI award winner Elsten. "It's also about enjoying the present moment, because it is very fleeting." Much of the lyrical content includes phrases his elderly mother said to him as he cared for her during the pandemic.

Written by Torres, "Nocturno" opens with a distinct Middle Eastern flavor courtesy of the sublime guitar work of Camilo Velandia, giving way to a sparse and moody verse. The chorus picks up with beautifully crafted harmonies and an uptick in feel. The call-and-response guitar solo here recalls some of the finest work by David Gilmour. Produced by Doug Emery, who also contributes bass and keyboards, the song was mixed by legendary Latin pop console master Sebastian Krys.

The video  - shot, directed, and edited in NY by Manolo Celi - is perfect for Halloween. Suspenseful and set in the late 19th/early 20th century in both aesthetics and costuming, it recalls Stephen King's "The Shining", complete with a creepy set of twin boys, scarce lighting, and Torres cryptically mouthing key parts of the lyric. He emerges from the dark at first, and returns to it in the end, a metaphor for the human experience, especially during the last couple of years.

Nocturno is a record that stems from dark, precious, nostalgic, and emotionally profound moments. It represents the artist's 12th full-length release, his sixth in Spanish, and the songs featured here were written as both Elsten and the world underwent very significant changes. Not only caring for his ailing mother, Torres also lived through the end of an intense romantic relationship. These experiences inspired him to write during the time of the pandemic, not knowing it would result in a new album.

Elsten Torres is a two-time Grammy-nominated and BMI award-winning singer-songwriter, musician, and producer. Born in Havana, Cuba and raised in New York City, Torres is currently living in Miami. Throughout his career, Elsten has earned a vast domestic and international fan base. An accomplished artist having reached Billboard’s top ten charts more than six times, he also enjoyed a #1 hit for five weeks with Obie Bermudez’s rendition of “Todo el Año”. 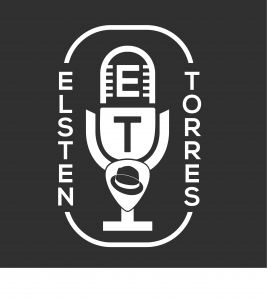