Author E. D. Lewis' New Book 'Visions That Kill Her Silence' is a Powerful and Impactful Story on the Effects of Silencing Abuse Victims and Protecting Their Abusers

'Visions That Kill Her Silence' from author E. D. Lewis is a riveting story and glimpse into the dark side of sexual exploitation by family and relatives that follows Elle, a young woman who faced sexual abuse as a child, and her attempts at sharing her story with others after years of being told to stay silent. Ultimately, the isolation that continued through Elle's adult life created the demise of Elle's daughter's substance abuse, she soon finds the support needed to come forward and challenge the societal norms of protecting abusers. 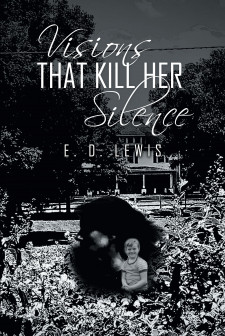 NEW YORK, November 28, 2022 (Newswire.com) - E. D. Lewis, a successful practicing registered nurse, has completed her new book "Visions That Kill Her Silence": a striking novel that explores the ways in which sexual abusers are protected from facing repercussions by silencing their victims through threats of force and emotional manipulation. She exposes the subsequent consequences that lead to her being abused and victimized from her own daughter's substance abuse and the ruinous ramifications that follow.

"In Elle's upbringing, sexual abuse and rape was something not to be exposed, never discussed, and conditional," writes Lewis. "She remained quiet in fear of retaliation from another relative or the offender himself. Never mind how Elle feels or the residual lifelong problems and concerns that follow. Covering up failures, mistakes, and protecting the guilty was key. Becoming conscious of the absolute fact that sexual and drug abuse are interrelated, Elle's raging thoughts felt like she was up against a gargantuan obstacle. The truth is there is a social stigma, a label, an unspoken rule that those two subjects are not to be discussed openly or publicly. The unspoken rule is to keep quiet and stay silent. The ultimate goal for those involved in her being traumatized by rape and sexual abuse was to silence Elle or force her to conform and only speak about the sexual abuse and rape in an extremely controlled environment.

"Implementing and enforcing this barbaric strategy proved to be essential in protecting the wrongdoer or her mother's criminal neglect for impotently standing by and doing nothing. This stratagem also enables the criminally neglect to edit the narrative when obligatory circumstances are needed in limiting the grotesque exposure and ignorance of those who are really aware but would rather stand by and do nothing. Undoubtedly, both are interconnected. And as for Elle's experience, the guilty blames and dismisses the raped and sexually abused child and continues diminishing her as she grows into adulthood while accusing Elle as the mother of her own child, Megan, for that child's addiction! Her thoughts merged as her tumultuous, traumatic, and abusive childhood predisposed Elle to herself a lifetime of drug abuse and desolation. However, and persistently, Elle proved a powerful exceptional opposite to be true."

Published by Newman Springs Publishing, E. D. Lewis' poignant tale is inspired by the author's own experiences, being a survivor of abuse herself. Lewis shares this story in the hopes of shedding a light on how sexual abuse and drug abuse are interrelated and to inspire others to no longer stay silent and enable abusers to continue their heinous actions.

Readers who wish to experience this enthralling work can purchase "Visions That Kill Her Silence" at bookstores everywhere or online at the Apple iBooks Store, Amazon or Barnes & Noble.

Authors Donna & Jonna's New Book 'The Aardvark and the Anthill' is a Sweet and Silly Story About an Aardvark on the Hunt for a Tasty Treat
Recent release 'The Aardvark and the Anthill' from Newman Springs Publishing authors Donna & Jonna is the story of one enterprising aardvark and her quest for a delicious snack. The aardvark tries many tactics to get her prize, but the ants don't budge.
Newman Springs Publishing - Jan 18, 2023

Bradleigh Munk's New Book 'A Road Back to Indigo', the Second Book of the Series, is a Riveting Adventure Following a Band of Friends' Travels Through Time
Recent release "A Road Back to Indigo: Chaser of the Darkness, a Path to Redemption" from Newman Springs Publishing author Bradleigh Munk is an exhilarating journey through time and space. Continuing the story told in Munk's first novel, "A Road to Nowhere," his newest novel follows the gang as they find themselves in a treacherous battle of good versus evil.
Newman Springs Publishing - Jan 13, 2023