Author Curtis Holmes' new book, 'Eyes of the Soul', is a chilling tale of two detectives on the hunt for the most notorious murderers in history released by Lucifer

Recent release "Eyes of the Soul" from Newman Springs Publishing author Curtis Holmes is a gripping tale of two detectives, one with supernatural abilities, in hot pursuit of the most notorious murderers history has ever seen. Released back to the land of the living by Lucifer himself, the possessed wreak havoc on an unsuspecting population with no remorse. 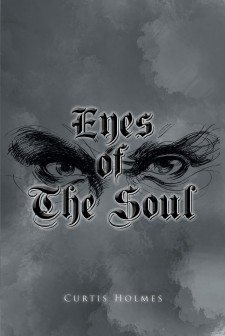 NEW YORK, August 4, 2021 (Newswire.com) - Curtis Holmes, a talented author, has completed his new book, "Eyes of the Soul": a gripping tale of mystery, suspense, and horror at the hands of history's most notorious murderers.

Of the origins of this tale, Holmes writes, "Lucifer gave the darkness its sinister aura, and as this darkness descended upon the earth, a tornado formed and began to move across the land. Within this monstrous twister, this evil voice could be heard:

"'I am Lucifer! The sun of the morning, the first angel created, made from the very source of the Creator.

"'What is man? Nothing, but flesh and blood formed from the very dirt of this earth! I, Lucifer, have exposed man's sinful nature from the very beginning of his existence, and I shall again.

"'I will expose man's worthlessness before the heavens. I shall bring forth a legion of the damned upon this land, and a man shall turn away from his God!'

"As Lucifer declared this, the tornado killed and destroyed everything in its way. And as the twister picked up speed, Lucifer began to scream in a forgotten language, last spoken over a thousand years ago, in the year of 36 BC, and said, 'Ernie Arr htrof!' If translated from the Book of the Dead, it would mean 'Come forth.' A mist appeared, and an age-old killer materialized whom the world knew as 'Cain.'"

The mystery unfolds when "Lucifer launches an attack against mankind by summoning the most notorious murderers of all time to return to earth from hell to take possession of some of the lost people of the world. These evil entities range from the first murderer of the world CAIN, JACK THE RIPPER, the ZODIAC KILLER, JOHN WAYNE GACY, ALBERT FISH, and the FÜHRER HITLER, along with COLIN DUNHART, whom the City of New York called the CARNIVORE. These evil entities are able to manipulate the flesh of the people they take possession of and become who they once were. By the sixth month of the sixth day at the sixth hour, the transformation would be completed, and the body could not die," writes Holmes.

Readers who wish to experience this mesmerizing work can purchase "Eyes of the Soul" at bookstores everywhere, or online at the Apple iBooks Store, Amazon, or Barnes & Noble.

Author Lucy Medina's new book, 'StrawberryAshes', is a collection of powerful passages inspired by the author's intense feelings of love, pain, and growth
Recent release "StrawberryAshes" from Newman Springs Publishing author Lucy Medina is a collection of short passages based on real-life experiences. Each passage contains its own story and meaning, relating to the author's personal feelings and emotions.
Newman Springs Publishing - Sep 16, 2021

Author Ivey Green's new book, 'Sonny's Adventures with Wally the Catfish', is a playful tale that focuses on a little boy and his friend Sonny
Recent release "Sonny's Adventures with Wally the Catfish" from Newman Springs Publishing author Ivey Green is a heartwarming story of friendship.
Newman Springs Publishing - Sep 16, 2021