Two important tools for Amazon FBA sellers, Aura Amazon Repricer and InventoryLab, announce integration that will make selling on Amazon easier. One boasts to be powered by AI machine learning and another the industry standard for inventory management. The merge can create a breakthrough for sellers on leading online retail marketplace Amazon.com.

AMHERST, Mass., October 2, 2019 (Newswire.com) - Aura Amazon Repricer is now officially compatible with inventory management software InventoryLab. Two important tools used by Amazon sellers are now seamlessly integrated. This was an anticipated step and predicted by most Aura users on social media sites and groups. The official announcement was made by both parties Sept. 30, 2019.

Aura Amazon Repricer, being a pivotal piece for increased sales and fast repricing solutions, helps sellers win the Buy Box for their products by automatically changing prices. Using Aura, sellers input their minimum and maximum price for any product in their store and the algorithmic-based software goes to work. Day and night, Aura reprices products when needed to consistently beat out competitors for the Buy Box. Aura, powered by Artificial Intelligence and machine learning, uses smart algorithms and rules to determine the best course of action as a seller's competitors update their prices. Amazon has specific guidelines to awarding the Buy Box, which are proven to be effective. Amazon FBA sellers now have two synchronized, powerful tools at their fingertips that will take them to the next level.

Aura’s team, led by James Yanyuk, CEO, has taken a strategic approach to both launching and growing the company. “I built a repricer from the ground up during a time where not one was able to perform the way I’d expect,” says Yanyuk. “To see where it is today and what the users are saying about it is beyond rewarding.” The team, working closely with beta users for roughly eight months, has ensured that the product is both pleasant to use and has a large enough impact on revenue numbers. Now, with a rapidly growing user base, the team has shown what’s possible with cutting-edge technology and a focus on customer success.

Artem Martynyuk, the marketing manager of Aura, has released the following statement on his personal website: “I couldn’t be prouder of our team here at Aura, and it’s really all about the team. This is a major leap for our company!” Also on the team is Dillon Carter, host of the Wholesale Made Easy podcast, who says, “It’s incredible to think what we’ve been able to accomplish for our users within just 12 months. We’ve seen our users increase their sales and profits with what we’ve built and that is incredibly gratifying.”

The ability to manage products while maintaining the Buy Box holder status should be the ultimate goal for any Amazon seller. For the official release, visit goaura.com.

Aura Amazon Repricer uses automatic Artificial Intelligence and Machine Learning to maximize the time of products in the Amazon Buy Box, increasing both sales and profits for FBA sellers. 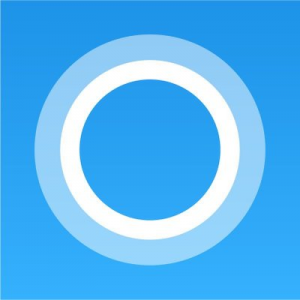