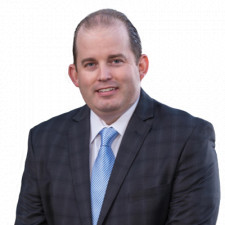 CLEARWATER, Fla., August 22, 2022 (Newswire.com) - Clearwater attorney and partner with the Tampa Bay law firm Johnson Pope Bokor Ruppel & Burns LLP has been appointed to Chair The Florida Bar Board of Governor's Communications Committee. The Florida Bar's core functions are, as an arm of the Florida Supreme Court, to regulate the practice of law in Florida and Florida's over 110,000 lawyers; ensure the highest standards of legal professionalism in Florida; and protect the public by prosecuting unethical attorneys and preventing the unlicensed practice of law.

Florida Bar President Gary Lesser appointed Josh to this important position. As part of this appointment, Josh will also serve on the Florida Bar's Executive Committee. President Lesser has tasked Josh and the Communications Committee with playing key roles in his two signature presidential initiatives. First, the Life's Legal Moments Campaign, which will focus on educating the citizens of Florida on why they should hire a lawyer prior to embarking on key life decisions. And second, the Florida Bar's new mentoring program, which President Lesser promises will become the nation's model lawyer mentoring program. A program that is seen as being widely needed with more and more new law school graduates choosing to practice on their own without the benefit of internal law firm mentoring programs.

Josh is a respected leader in the legal community, having served as the President of the Clearwater Bar Association. He currently represents the approximately 4,000 lawyers and judges of the Sixth Judicial Circuit, which encompasses Pinellas and Pasco Counties, on The Florida Bar Board of Governors. Josh also serves on the Board of The Florida Bar Foundation.

Josh has risen to leadership on The Florida Bar Board of Governors including this appointment to chair the Board's Communications Committee and to the Executive Committee. Due to Josh's hard work on the BOG and the respect he has gained from his peers, Josh has been appointed to many important roles for The Florida Bar, including twice chairing the Florida Bar's Judicial Nominating Commission Screening Committee, including for the Florida Supreme Court Judicial Nominating Commission. He has also been appointed to chair numerous Board subcommittees. Additionally, he was recently appointed by the Chief Justice of the Florida Supreme Court as the sole lawyer member of the Supreme Court's Workgroup on Trial Court Technology Strategies.

Josh practices almost exclusively in the areas of personal injury and other tort actions, having represented clients in most all types of personal injury matters, including auto accidents, motorcycle accidents, wrongful death, premises liability incidents, negligent security, dog bites, defective products and most other types of negligence actions involving serious injuries. Josh also does personal counsel work in the context of individuals or businesses being sued with no insurance and/or coverage issues.

During law school, Josh was selected for prestigious internships with then-Chief Judge of Florida's Third District Court of Appeal the Honorable David L. Levy and in the U.S. Department of Justice at the United States Attorneys' Office for the Middle District of Florida. He is a member of the Multi-Million Dollar Advocates Forum, the Million Dollar Advocates Forum and has been recognized by multiple organizations for his legal skill and professionalism, including Florida Super Lawyers, Florida Trend Magazine's Legal Elite and the Clearwater Bar Association, which awarded him its top honor, the 2016 Clearwater Bar Ralph Richards Award.

Johnson Pope Bokor Ruppel & Burns LLP is a full-service law firm serving our clients for 50 years and committed to the community we live and work.