Jack is an attorney with Varghese Summersett 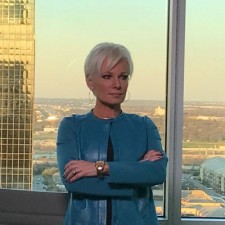 Fort Worth, Texas, May 26, 2017 (Newswire.com) - Christy Jack, a nationally recognized trial attorney from Fort Worth, has been selected to receive the esteemed Daniel H. Benson Public Service Award from the Texas Tech Law Alumni Association.

The award recognizes an alumnus who has demonstrated significant and substantial contributions to furthering ideals of public service in the law. Jack, a 1991 graduate of Texas Tech University School of Law, said she is honored to receive an award based on a principle that has guided her 25-year legal career — first as a prosecutor and now as a defense attorney.

“Public service comes in many forms and there’s a place for it on both sides of the courtroom,” Jack said. “There is an abundance of opportunities in the criminal justice system for those who love the law and feel the need to serve others. I am grateful to those who have placed their trust in me over the years.”

Jack’s imprint on the Texas legal community is vast. After graduating from Texas Tech Law School, she served as a chief prosecutor in the Tarrant County District Attorney’s Office for nearly two decades. She later joined the law firm of Varghese Summersett, where she devotes significant time to representing indigent defendants.

Jack currently serves as Chair of the Criminal Justice Section of the State Bar of Texas, which promotes excellence, education, and ethics in the practice of criminal law. She also serves as Chair of the Governing Board of the Texas Civil Commitment Office, which is responsible for overseeing the state’s most violent sex offenders. Two Texas governors, Rick Perry and Greg Abbott, each appointed her to serve in this capacity — a position she has held since 2011.

When she is not in the courtroom or volunteering her time to these organizations, Jack can often be found speaking to students, lawyers and legislators about procedural law, law enforcement trends, and criminal justice issues. She is also frequently tapped to serve as a special prosecutor in jurisdictions across the state.

Jack will receive the Daniel H. Benson Public Service Award on June 22 at the Dallas Hilton Anatole during the Texas Tech Law School Alumni Reception, which is being held in conjunction with the State Bar of Texas Annual Meeting. The award is named in honor of longtime Tech Law Professor Daniel H. Benson, who passed away in 2011.

Read more about Christy Jack, who was recently featured on an episode of 48 Hours about an infamous Texas murder.