A new, reliable and free VPN will combat shady players for free VPN market share. All this, while keeping a strict no-logs policy and not pushing ads to its users.

NEW YORK, January 16, 2020 (Newswire.com) - Today, Jan. 16, virtual private network (VPN) provider Atlas VPN launched its free mobile app to help protect user's online identity while browsing the internet. The widespread opinion is that free VPNs are untrustworthy, but Atlas VPN is going to prove this wrong by launching a reliable service within the cybersecurity market. This provider differs from other ones with the US-based company and transparent ownership, clear privacy policy, and adherence to the highest privacy standards.

To celebrate the launch of Atlas VPN app on Google Play, its Premium Service is offered free of charge for three months to anyone who downloads the app in the first few weeks after the launch.

Atlas VPN app was launched today on Google Play with iOS coming in February 2020. It is expected to have desktop applications in the summer of 2020. Currently, Atlas VPN runs on the fast and secure protocol IKEv2, which is an industry-standard. Other VPN protocols for different use cases will be rolling out later in 2020.

A Virtual Private Network creates an encrypted tunnel between Atlas VPN client and a remote server, also operated by Atlas VPN. All internet traffic is routed through this tunnel, so data is secure from prying eyes. Best of all, the user's device appears to have the IP address of the Atlas server, masking the user's identity and location. The most common use cases of using a VPN include accessing blocked content and protecting the user's connection from their ISP and malicious actors on the local network.

Atlas VPN has a strict no-logs policy and does not keep information about their clients' browsing history. Even though many free VPNs monetize using ads, Atlas VPN has no ads and no hidden fees. Atlas VPN runs on a freemium business model, so if the user likes the service, they can purchase Atlas' premium plan.

Many free VPNs are just plainly not worth the customer's trust. Hidden businesses, complex or non-existent privacy policies often trick customers into very insecure or even theft-motivated schemes. Above that, the technical infrastructure is often vulnerable - data left in plain sight, unstable VPN leaking open data, overloaded servers - the list could go on. Atlas VPN is here to change this practice.

Peakstar Technologies is privacy and online security focused company which provides a suite of security tools for users across the world. Atlas VPN is the app that provides free VPN service and was launched its app in early 2020. 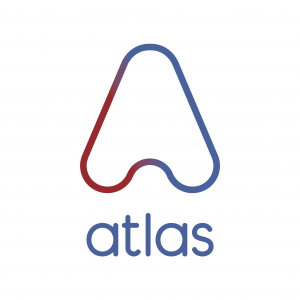