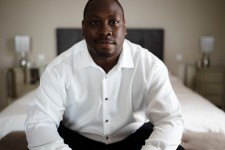 ATLANTA, September 12, 2019 (Newswire.com) - Southbox Entertainment has announced its launch in Atlanta to serve as a source of capital for filmmakers and TV producers.

Southbox aims to offer a different incentive to filmmakers: the equity and debt financing needed to make their movies in the first place.

Southbox was originally founded in 2017 after founder Jon Gosier (38) exited from a Philly-based tech startup. Gosier has spent the past decade or so juggling the dual role of entrepreneur and investor. Now, he’s applying the tolerance for risk he learned as a tech founder and the expertise he gained as a venture capitalist to the world of entertainment.

“I learned to take big risks with money. Usually, my own money, because I didn't have connections with investors. With the risks I took came a lot of sacrifices but also the reward of eventually selling those companies,” he said.

“I’m not afraid of risk. That's the point for investors.”

Although Southbox Entertainment is based in Atlanta, Georgia, the movies it finances will not be exclusive to Georgia or even the South.

“Most films, especially big budget Hollywood films, are financed by entities in cities like Los Angeles, New York, or London. That’s where the real decisions are made about what gets funded,” said Gosier. “My mission is to help Atlanta become one of those cities. To do that, you have to push to get into quality deals wherever they may originate.”

Another difference in the Southbox model is the type of films it co-finances which can include projects with budgets as high as $100 million that might include sprawling sci-fi epics, the latest comic book franchise, or international thrillers. These are projects that sometimes make use of Atlanta’s studios and tax credits but are rarely executive produced by individuals or financial groups based here.

To date, Southbox has co-financed four films. The first was the third movie in the Skyline sci-fi franchise (titled SKYLINES). The other three were by Producer Eric B. Fleischman: RISE, PHOBIAS and WITCH HUNT. Southbox’s co-financiers on Fleischman’s slate were Will Smith (through his company Telepool) and Kodiak Pictures.

Southbox sees this strategy as a win-win for a region that is already known for great tax credits.

“Tax credits are almost a gift to filmmakers that allow them to spend money and get it back. However, the benefits to the state are sort of cyclical. The money doesn’t stay in the local economy long if the production companies aren’t domiciled here. The producers just recoup and go on to their next shoot.”

“On the finance side, when we make money off a film, we keep it. The interest on our loans, the equity we hold in movies, and the back-end royalties ... they all stay with us. That money now goes to work in ways that tax credits often can’t and don’t. Like creating long-term, high-paying jobs in Georgia instead of short-term contract jobs.”

Right now, Gosier is the sole backer of the first Southbox film fund, which has $3 million in assets under management, not including future profits or interest earned from film equity. This also doesn’t include the total budgets of the films themselves, which, in total, were around $15 million combined. Still, the fund is currently operating at 2.2 times its cost basis (also known as its multiple), which bodes well for any investors looking to join.

There’s much more on the horizon says, Gosier. “We’ve got great partners who bring us access to projects that normally don’t seek capital in places like Atlanta.”

The next batch of co-financed projects at Southbox includes a slate of films developed by Strawberry Pictures, a new Studio founded by David Uslan, Michael Uslan and Jon Karas. The Uslans are the producers behind the Batman film franchise among many other films. Since 1989’s Batman, the films have netted more than $5 billion dollars. Michael Uslan is also the executive producer on the new Joker movie, which is already projected to break records when it's released Oct. 4, 2019.

“These are the type of partners I’m working with in order to grow film finance opportunities in the south.” 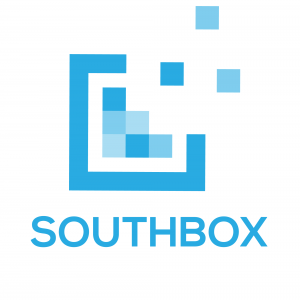