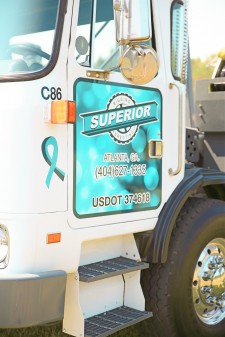 “We are thrilled to see the commitment from Patrick Lewis and Superior Rigging to help support a powerful cause,” Torina said. “Our original mission for the Geaux Teal foundation was to spread awareness to all about the signs and symptoms of ovarian cancer. Through Superior’s contribution, we are able to take a completely different approach to accomplishing this goal. We are truly thankful for opening up this avenue and supporting this cause.”

The continual increase in education and overall awareness of ovarian cancer is the primary founding principle of Geaux Teal. Through this emphasis on educational and awareness objectives, the group hopes to accomplish an early detection screening test, further understandings of the prognosis of ovarian cancer, improved doctor/patient relationships and more.

There is no way to fully prevent ovarian cancer. However, there are measures that can be taken to lower one’s risk including prioritizing regular women’s health exams. Studies show that women who don't get ovarian cancer often have the following things in common: hormonal birth control usage, full-term pregnancies in their lifetime, tubes tied (tubal ligation), hysterectomy, history of breastfeeding and daily aspirin use. Some signs of ovarian cancer, according to the Mayo Clinic, include abdominal bloating or swelling, quickly feeling full when eating, weight loss, discomfort in the pelvis area, changes in bowel habits (such as constipation) and a frequent need to urinate. The Mayo Clinic recommends making an appointment with a doctor if symptoms are noticed.

Superior Rigging & Erecting provides solutions for projects requiring heavy steel, erecting and rigging needs. With more than 65 years of operation, Superior Rigging & Erecting has the experience, and industry-wide reputation, for mobilizing the most complicated heavy steel projects. The company undertakes the most complex projects and is available for operation nationally, from coast-to-coast.

The Superior Rigging & Erecting team is dedicated to the cause of ovarian cancer awareness and prevention. To learn more, visit: https://www.geauxteal.com.

Superior Rigging & Erecting, with locations in Atlanta and Orlando, was founded in 1952. Since, the company has developed a reputation for completing complicated projects with ease. Services offered include: steel erection, specialized rigging, millwrighting, turnkey mechanical and electrical, heavy transport, equipment rental, warehousing, art/sculpture installation and more. With wide-ranging services and more than 65 years of operation, Superior Rigging & Erecting offers seamless solutions to the most complex projects. Superior Rigging & Erecting: making the tough jobs look easy since 1952. 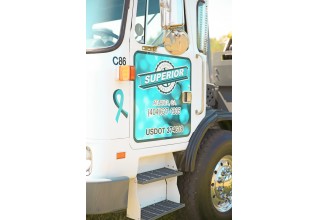 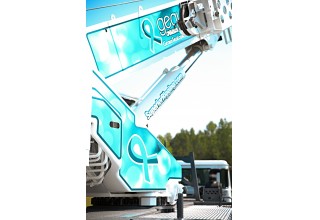 About The Artist Evolution

The Artist Evolution is a boutique marketing, design and campaign management firm. We are available as a constant marketing resource.