LAS VEGAS, January 10, 2019 (Newswire.com) - On Jan. 7, Skyworth held a global launch in Caesars Palace, Las Vegas. In the witness of customers and reporters worldwide, Lai Weide, the Board Chair, announced the launch of the global strategy of Skyworth. On the opening of CES, Skyworth clearly declared to the whole world, ''This time, we're fully prepared.''

A Colored TV Giant from China

On the global launch, Wang Zhiguo, the Board Chair and President of Shenzhen Skyworth-RGB, and the CEO of Shenzhen COOCAA, recalled the 30-year journey made by the Chinese color TV giant. It tells us that Skyworth, the developing and already mature Chinese enterprise, has come to the point of going global. In the past, Skyworth has been the leader of the industry, not only in sales, but also in technology and product quality, and the game turner each time when the industry encountered turbulence. The 2018 market remained gloomy, with the annual sales ending with 45 million sets. No market growth at all, but only shrinking demand. The 2019 market is still not positively estimated.

Skyworth is successful not only with its hardware, but also with its content. During the Nov. 11 shopping festival, the paid membership of COOCAA increased by 300%, comparing with the same period of the previous year. Currently, the activated COOCAA network terminal hit 35.51 million, with daily 12.45 million and monthly 21.2 million growth, providing essential traffic to OTT and considerable revenue for Skyworth.

All this progress has proven Skyworth had become a mature and well-developed Chinese enterprise with competitive brands and products. Such an enterprise will explore the outside world for sure. Maybe with its first step, Skyworth will send a positive signal to the industry, and blow the horn to charge for its peers in the freezing cold winter.

Yet, this is not the first international exposure. Skyworth has made its debuts on international exhibitions in 1990s. From 1995 to 2004, Skyworth ranked first for 8 consecutive years, thanks to its productivity and quality. Based on its years of OEM experience, Skyworth started to plan the global strategy as an independent brand since 2010. It set up branches and production bases in different countries, laying the foundation for the famous Chinese brand to take the first step out.

The global launch of Skyworth in Las Vegas is the first one of its kind overseas. It is far beyond a ''reception'', since a brand, which aims at ''leading the world'', will never come unprepared, and go with nothing left.

On the global launch, Wang Zhiguo announced that Skyworth would implement its ''High-end Brand Strategy'' globally. Firstly, Skyworth will create a global ecosphere of high-end brand, and the ''win-win'' situation for all high-end brands in all sectors in the world, through sharing technology, factories, supply chains and contents. And thus, it will get the acceptance of the whole world, and meet the customer demands with its high-end products. Secondly, Skyworth will officially launch the Metz Classic, a combination of Chinese creativity and German technology, trying to make a presence on global high-end market.

It is known to all that Chinese brands are faced by a problem in going global: They tend to be trapped by price war eventually, and finally be labeled as cheap and inferior products. Thus, Wang Zhiguo believes, in its going global, avoiding price competition against poor quality products is the key to Skyworth, and the high-end brand strategy is the key for Chinese brands to compete on the global market with a good image. Through working with the world's high-end brands and building a top brand image, Skyworth will bridge up the path to international high-end market.

In the difficult time for the household appliance industry, the strategy is the solution which came just at the right time, which will lead the industry all the way out, and further build their high-end brand image on the global market. Again, Skyworth takes the responsibility as an industry leader.

Opening the Door to the Future with the Key of Technology

The global high-end brand strategy announced in Las Vegas is not a brag only, but it is a declaration backed by cutting-edge technology from years of production. On the Wuzhen Press Conference last Nov. 22, Skyworth announced its ''New Hardware Strategy." The said ''new hardware'' refers to ''hardware + software + content + interaction'', i.e. the comprehensive application of multiple technologies, a new form of hardware products appeared after the boundary between technologies was broken. Specifically, it is the combination of OLED, all-time AI, Chameleon Extreme, Dolby Atmos and COOCAA 7.0.

This time, Wang Zejun, the General Manager of the Overseas Marketing Department, interpreted the strategy and introduced the new products equipped with the innovative technologies for the international market. All the technologies, including Chameleon Extreme, all-time AI, ergonomic design, anti-blue light and mini-LED display, amazed the audience. And, the AIOT video turned out to be another eye-opener to them.

It is reported that there are even more astonishing products on CES booth, besides all the items shown on the global launch, as the ''Waterfall'' and ''Screen'' series, the 277'' narrow bezel television, and OLED from the Metz Classic series. This time, Skyworth is determined to show its strength to the world, emerge on the international market as a high-end brand, and lead the industry to a new world.

Win-win Instead of Zero-sum

The law of the jungle is about the battle of life or death, and a zero-sum game in dualism. But as the globalization proceeds, the world believes in a win-win solution. Only by building a set of win-win game rules, all the parties can succeed. China actively joined WTO, because it foresaw the win-win concept in international trade.

Chinese enterprises need to go global, and build up their international image as a famous brand. For them, to create a win-win situation and to realize the win-win future are the only solutions. Skyworth knows it well and plans for it ahead of others.

On the global launch, Wang Zejun put forward the open, sharing and win-win concept, and announced its global supply chain strategy as a display hardware manufacturer. In nearly 20 countries and regions, Skyworth set up branches or offices to distribute their products in over 100 countries. Also, Skyworth set up R&D centers globally, and production bases in Germany, South Africa and Indonesia. It is said that Skyworth will soon build up their global supply chain systems with their overseas production bases in Europe, South-east Asia, India and Africa. Wang Zejun said, all the moves are to provide a comprehensive supply chain solution for customers worldwide, and enable them to develop in a high-quality, high-efficiency and low-cost manner, no matter which market and what background they are from.

Meanwhile, Skyworth, as the AIOT integrator, will make full use of their COOCAA resources, as well as their Android and Netflix system advantages to provide more contents. It will open the resources and share the intelligent system, trying to be the entrance of internet flow, and providing a comprehensive AIOT solution.

Skyworth is not the first Chinese color TV manufacturer going global, but will be the first one practicing the win-win concept and providing the global supply chain strategy. That is because Skyworth believes that only industrial growth can build a bigger market for the players. In the past 3 decades, Skyworth paved the way for Chinese color TV industry. Today, Skyworth is trying to guide the global color TV industry to the blue sea with the win-win concept, and lead the industry to get through the cold winter.

unfive is one of the earliest companies in China to carry out blockchain research& practice. It is China's leading comprehensive group company integrating cutting-edge technology R & D and application landing, industrial integration, and technology. 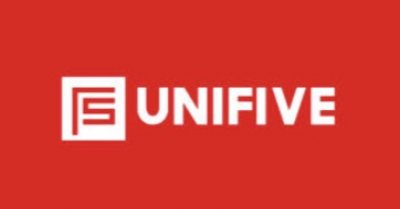 The Chinese Cosmetic Brand OSM (OuShiMan) Ushers in a New Era With the First Blockchain Beauty Product 'Made in Deqing'
"Made in Deqing" is the world's first-ever blockchain beauty product for the real economy fitting with Chinese tech trend advancements.
YECO Media & Consultant - Jan 14, 2020