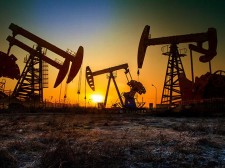 Shanghai, China, July 18, 2017 (Newswire.com) - Russian officials are said to be of the opinion that further cuts and any amendments to the current output restriction agreement would have a decidedly negative impact on the oil market.

According to several Russian government officials, Russia is in favor of adhering to the terms of the current OPEC arrangement and has stated that it would go against any plans for further output restrictions at the next meeting of OPEC (Organization of Petroleum Exporting Countries) ministers, scheduled for July 24th in St. Petersburg.

Although OPEC and its allies have agreed to limit production until the end of March 2018, the measure has not been effective in curbing the global surplus thus far.

“Although OPEC and its allies have agreed to limit production until the end of March 2018, the measure has not been effective in curbing the global surplus thus far,” said an Ashton Whiteley analyst.

One of the Russian officials stated that any additional output restrictions implemented so soon after the existing deal was extended would have a harmful impact on the oil market at a later stage.

The official, who asked not to be identified, stated that further restrictions would indicate a lack of confidence on the part of OPEC, their allies, and Russia. Such a move would imply that the agreement to cut oil production by a combined 1.8 million barrels per day till next year was not sufficient to support crude prices.

Russia will hold a ministerial meeting for several representatives of OPEC member states as well as a number of non-members in St. Petersburg towards the end of this month. On the agenda will be talks surrounding the development of a strategy aiming to eradicate worldwide production surplus. These talks will take place amidst concerns about the adequacy of the current cuts in the event of a resurgence in US shale production.

Although Russia’s private and state-owned publicly-traded oil producers have willingly trimmed production by a combined 300,000 barrels per day, analysts at Shanghai, China-based Ashton Whiteley feel that output restrictions should be stepped up if the strategy is to be successful.

Russian officials stated that parts of their government are opposed to any further extension of the existing deal, fearing greater market volatility when the restrictions are lifted after an extended period of time.