A veteran immigration consultant noted that there has been a sharp increase in interested entrepreneurs and professionals who are looking to move to Singapore as Hong Kong's political future remains uncertain. 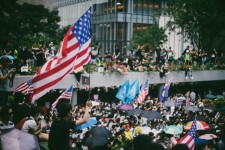 SINGAPORE, September 12, 2019 (Newswire.com) - Amid a volatile political climate, Hong Kong-based entrepreneurs and professionals are looking to migrate their businesses and careers to another Asian powerhouse.

According to One Visa Immigration Consultant Cheng King Heng, there has been “200% increase” in inquiries about migrating to Singapore, mostly from workers and business owners who are currently based in Hong Kong. The heightened interest is driven by the uncertainty of Hong Kong’s current political situation, following months of pro-democracy protests that began over a proposed and now-withdrawn bill that would have allowed extradition to mainland China.

“As Asia’s Lion City, Singapore is a known business hub. This shift in interest is not at all unusual,” he said. “Both Hong Kong and Singapore are top destinations for entrepreneurs and professionals who want access to a global market from a strategic regional headquarters.”

Earlier this year, Singapore was named as the world’s most competitive economy because of its business-friendly landscape, favourable immigration policies, competitive labour market and advanced IT infrastructure. Hong Kong was ranked second in the report and former number one U.S. moved down two spots to third.

A World Bank list released last year also cited Singapore as the top country when it comes to “success in developing human capital.” The ranking was based on factors such as health, education, earning potential, future productivity as well as mortality and survivability rates.

And in another survey among expatriates, it was found that, even though expats earned more in Hong Kong, Singapore was still considered the “best place to live.”

For global companies and entrepreneurs, Singapore has always been a top choice because of tax benefits including tax-free dividends, world-class transport hubs particularly the Changi Airport which has been ranked as the World’s Best Airport since 2013, and a generally accommodating business environment.

Heng added, “As it is, employment and business applications to Singapore are competitive. With the current developments in Hong Kong and the influx of interested parties, it is best to stay ahead of the curve and get professional help when it comes to relocation plans. There are many ins and outs that must be navigated, and the insights of an immigration expert are invaluable to a successful outcome.”

One Visa is a Singapore-based global immigration agency specialising in visa solutions for corporate professionals, entrepreneurs and investors.

About One Visa Pte Ltd

We are an immigration firm that helps foreign businesses to move their business and employees to Singapore. 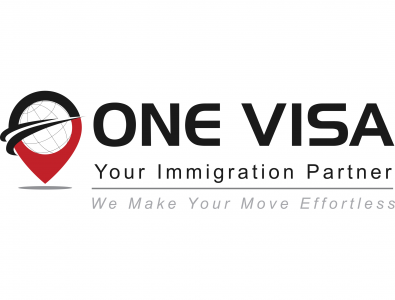 Singapore is the Top Destination in Asia for Work and Business Migrants in 2020
Asia's Lion City is still going to be the preferred destination for global workers and entrepreneurs in 2020, according to a top immigration consultant. Favourable immigration policies, stable political and economic climate and a growing tech sector will continue to drive foreign talent and investment to Singapore.
One Visa Pte Ltd - Sep 26, 2019
Singapore Employment Pass Scheme Eases for Tech Firms Under New Programme, One Visa Consultant Offers Expert Insights
Qualified technology firms in Singapore can soon take advantage of a new programme that will ease the Employment Pass (EP) requirements for foreign workers.
One Visa Pte Ltd - Sep 4, 2019
Newswire