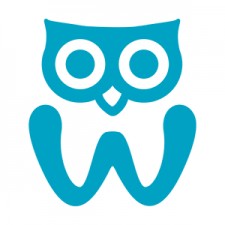 Covington, KY, June 7, 2017 (Newswire.com) - Artificial intelligence start-up Wyzerr announced today the launch of an online platform to create feedback surveys that feel like games. The surveys, which the company calls “Smart Forms,” can capture up to 25 questions in under 60 seconds. Wyzerr’s Smart Forms were developed based on playful design principals and rules of engagement.

Wyzerr spent the past 2 years piloting their gammified surveys with large enterprises like Walmart, Unilever, and Volkswagen. The key learnings from those pilots served as the inspiration for the company’s new online Smart Form builder, which guides customers in creating effective feedback campaigns. The builder includes features to help direct good survey design habits, such as a health meter that turns into an angry emoticon when the platform identifies characteristics of a “bad survey.” Wyzerr plans on introducing more features in the future to drive better feedback collection.

"We're not just changing the user experience of a survey. We're challenging the notion that surveys must contain long-worded questions, 10-point scales, excessive explanations, and be devoid of fun in order to collect valuable data. We're setting a new standard for data collection."

“We’re not just changing the user experience of a survey. We’re challenging the notion that surveys must contain long-worded questions, 10-point scales, excessive explanations, and be devoid of fun in order to collect valuable data and insights,” explained Natasia Malaihollo, co-founder and CEO of Wyzerr. “We’re setting a new standard for data collection.”

According to a study conducted by a leading survey company, the average time it takes to complete a typical survey (16-25 questions) is 7-9 minutes. Yet research from OpinionLab shows that the majority of customers will not spend more than 3 minutes filling out a feedback form. Bridging the need to ask a lot of questions with an increasingly short attention span is what Wyzerr solves with its gammified surveys. Their surveys are proving effective as the company boasts an average completion rate of 70%, and currently has over 320 customers in 42 countries, many of whom are Fortune 500 companies that began using the platform in private beta last year. While the company says it will continue to develop Smart Forms, its goal isn’t only to win at survey UI and UX. Wyzerr’s future plans include transforming data into valuable insights through the use of artificial intelligence.

Wyzerr is an artificial intelligence company that focuses on turning consumer, employee, and customer feedback data into tasks for the business. Wyzerr’s proprietary technology can adapt questions to each individuals’ responses, empowering brands with richer feedback that can be acquired in less than 60 seconds per survey at the point of sale and on the go. Wyzerr is committed to ushering in a world where providing feedback is fun, fast and easy — and the resulting data is actionable and intuitive. Wyzerr, headquartered in Covington, Kentucky, and founded in June 2014, includes three minority co-founders: Natasia Malaihollo, CEO; Bjorn K. Simmons, chief strategy officer; and Stedmon Harper, creative director. The company is funded by Rough Draft Ventures, Connetic Ventures, KTech Capital, Marshall Ventures, and NKY Growth Fund.

Wyzerr develops artificial intelligence to turn customer and employee feedback into tasks for a business.