After months of production work, the Young Veterans team is happy to finally be at the point of album release of the Fire Avenue Riddim. Even more so to work with the Artekal Music platform to unveil the release. Young Veterans president and CEO Sheldon Pennicott said “it’s amazing to be able to share this body of artistic reggae creation with the world through a purpose-built reggae music platform.” Artekal Music CEO Sean Anderson shared that "it’s great to work with visionaries such as the Young Veterans team who are willing support reggae-based technology efforts." Both organizations will now be working together to maximize the release. Fans can also get artist and album merchandise through the partnership at the Artekal Music backed WULEEP merchandise online store.

Young Veterans Music is an independent record label operating out of Kingston Jamaica that specializes in the development of artists and the production of high quality music. Young Veterans was founded in 2003 by Sheldon Pennicott and Ricardo Hart. They started out by forming a small sound system and doing small recording projects while attending the University of Technology Jamaica. In 2005, Sheldon met Sekou Davis whilst working as an audio engineer at his uncle’s ‘Byron Murray in the Streets’ recording studio. After developing a close friendship, they decided to work together. Since then they have built a strong reputable label, working with popular artists giving way to some renowned songs. Some of their works include ‘Rasta Imposter’ by Konshens and ‘I said it’ by Opal. The label’s work has also been featured and sampled on several international releases. Namely Spike’s Lee’s “She’s Gotta have it”, Major Lazer’s and Pharrell’s “Aerosol Can” and M.I.A’s “Lovalot”. The Young Veterans family added Andrew Pennicott, the younger brother of Sheldon. Andrew along with Sheldon comes from a musical lineage. Altogether the members of the label share a common focus, which is to create and share quality music.

Artekal Music is a reggae music streaming subscription service with locations in St. Thomas, Jamaica and Fort Lauderdale, Florida. The service works with reggae music creatives and distributors to deliver the best editorial and curatorial streaming reggae music experience on the planet. Artekal's goal is being the premier destination for reggae music discovery and consumption. Artekal provides access to releases, old and new, from reggae music industry creatives. The Artekal Music streaming app is available on iPhone and Android smartphones from the respective app stores. 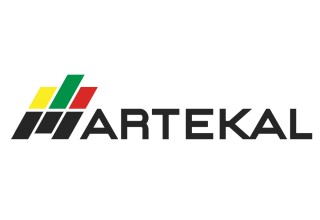 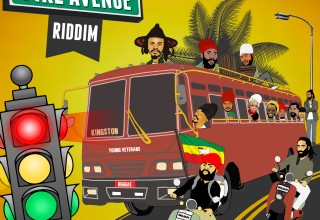 ​​Artekal is a digital music startup that delivers a reggae music only streaming subscription service to millions of reggae music fans worldwide.