Electric Pyrotechnics are Safer and Reusable Too 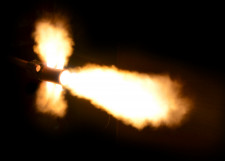 RENO, Nev., March 30, 2022 (Newswire.com) - The US Army Contracting Command in Orlando, Florida, has awarded Reno, Nevada-based DSSP Inc. a Small Business Innovative Research (SBIR) Phase III, multi-option contract entitled: Non-Pyrotechnic Battlefield Effect Replication (BFER). This Phase III contract will provide final prototypes for field testing of small arms and larger battlefield replicators up to main tank guns. "The progression to Phase III is largely from our success in quickly developing higher power devices," said Dr. Wayne Sawka, DSSP's Founder and CEO. "Now the boosted eSquibs® effectively simulate AK-47 and PK machine gun-like muzzle flashes and reports. Our company has such a sense of accomplishment now having achieved a Phase III SBIR contract with the Army, providing a new technology."  Over the years the SBA has strengthened the Phase III mandate and the 20-year SBIR Data Rights protection period allows the SBIR firm not only to commercialize a product, but also to sell it for an adequate number of years to recoup its investment in the technology.

The advantage of using DSSP's pyroelectric propellant devices is that they can be electrically ignited and extinguished (switched on/off) hundreds of times on command. Unlike conventional pyrotechnics, these pyroelectric propellants are completely insensitive to accidental ignition by flame, spark, or impact. DSSP eSquib® systems are designed to be plug-and-play and integrate with Army control protocols. These Army eSquib® hardware systems will also have the commercial option for industry-standard DMX compatibility. For clarification, the NFPA prefers the term "pyrotechnic simulators" since although an item may not have the traditional principles of pyrotechnics, it does appear in nature as pyrotechnics. Pyrotechnic simulators are starting to cover this broad group of new devices producing traditional pyrotechnic effects. While they are similar in appearance, the way they achieve the appearance differs due to effects being produced by machines (simulators). Pyrotechnic simulators are inherently safer when operated by trained professionals due to the safety features embedded in the software of the devices.

Previously, the eSquib® technology achieved a high TRL by being used as micro-thrusters aboard "SpinSat", the Naval Research Laboratory's small satellite, in 2014. As part of the Phase III team, Simon-Kaloi Engineering (SKE) will provide an immersive battlefield audio Sound Effects Simulator (SES) system based on their extensive amusement park and previous live-fire military training experience. SKE has developed technologies that integrate multi-channel and polyphonic playback of solid-state digital audio along with synchronous DMX control of lighting, character animation, and other triggers and control. SKE Technology also provides a powerful user-scripting language and network capability for command and control and file transfers. Like the Army system but using DMX protocols will allow commercial pyrotechnic simulators users to also simply integrate with lighting, sound, and fog being controlled from the same hardware and program. These new technologies will enable future Army live-fire exercises to operate in a safer training environment while providing fully realistic effects.

Beyond soldier training and live entertainment, eSquibs® have an emerging and disruptive use for film and video studio use. Mad Wife Production's Andrew Arguello said, "The eSquib® technology allows multiple takes with no reset time and eliminates the need for post-production lighting corrections that CGI requires." He added, "This should really reduce the time and cost of filming these kinds of special effects." Historically, use of blank rounds and standard movie squibs has led to numerous accidents and high costs, prompting more use of CGI animation. Ideal for close-proximity and indoor studio use, eSquibs don't produce hot fall out, toxic gases, smoke, or the stink of current pyrotechnics. After winning the Live Design International Product Award in 2014, the eSquib® technology has been tested by production studios, music videos, sport arenas and was in daily use at a top international amusement park, until the pandemic. This kind of dual-use market allows commercial industry to benefit from the SBIR investment, while providing higher manufacturing volumes that can reduce future Army cost. DSSP is based in Reno, NV, and is a developer of low-hazard energetic materials and environmentally safe AF-M315E satellite propellant. 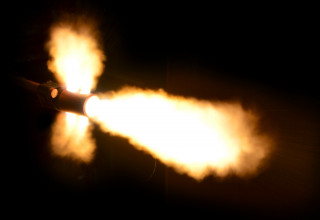 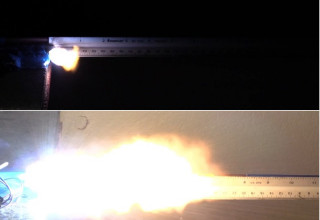 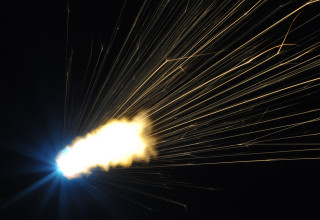 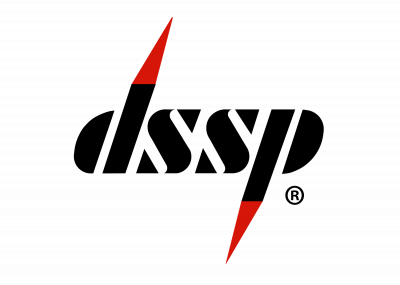